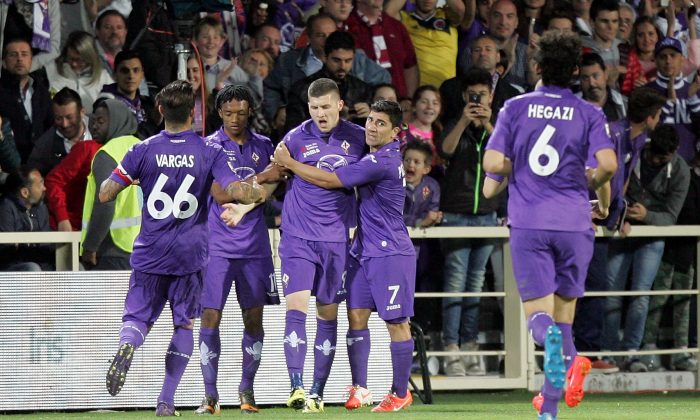 Ante Rebic #9 (C) of ACF Fiorentina celebrates after scoring a goal during the Serie A match between ACF Fiorentina and Torino FC at Stadio Artemio Franchi on May 18, 2014 in Florence, Italy. (Photo by Gabriele Maltinti/Getty Images)
Soccer

Fiorentina will take on Estudiantes in a 2014 Copa EuroAmericana match on Saturday, July 26.

The game will be broadcast on DirecTV Argentina in Argentina, as well as on DirecTV channels in Chile, Colombia, Ecuador, Peru, Uruguay, and Venezuela.

Fiorentina are 7/5 to win, and Estudiantes are 19/10 to win, according to most bookmakers on OddsChecker.