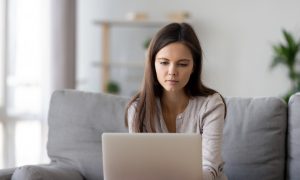 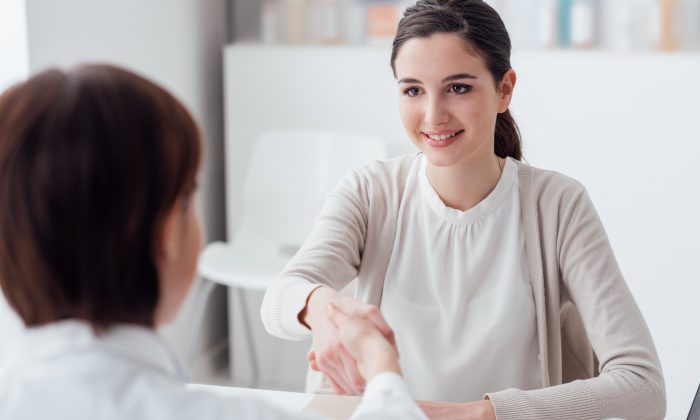 Carefully choosing the doctors and others who will help you on your cancer journey can ease some of the burdens that treatment inevitably brings. (Stock-Asso/Shutterstock)
Lifestyle

When I last left you, I had shared details of my three-day orientation at the Cancer Treatment Centers of America (CTCA) in Philadelphia. The intense but helpful schedule gave me a peek inside their whole-person cancer treatment approach.

My initial impression was that CTCA was different from the cancer center I was first referred to by the gastroenterologist that diagnosed me in New Jersey. CTCA was smaller and felt more like a hotel than a hospital. I remember sitting near their gas fireplace in the main lobby and feeling soothed by its warmth as I cried my eyes out.

I also liked the idea that I could get the medical care I needed, and join a support group, talk to clergy for religious-based counseling, join a music therapy session, or have a nutrition consultation—all free of charge. And, if I just wanted some “me” time to get my nails done or have a massage in their spa, it was there for a reasonable rate (hello $40-per-hour massage).

As for the medical assessment and treatment proposal, I was given at the end of my third day, the CTCA doctors were much more hopeful than the New Jersey surgeon and oncologist I had met with.

I am not the type of person who looks for a “lollipops and rainbows” prognosis if it isn’t true. I only want to hear optimism if it is at all reasonable. I want doctors to at least share some successful cases they’ve had treating those in similar circumstances.

The biggest highlight from the CTCA oncologist was him saying stage 3 rectal cancer has the possibility of being cured if the cancer cells are fully taken out during surgery. Oncologists normally avoid the word “cure.” He also said there were two possible chemotherapy protocols to choose from that were equally effective based on clinical information.

One regimen (FOLFOX) required a port in the chest, while the other regimen (CAPOX) didn’t and would be administered with oral chemo pills as well as three-hour infusions given at the hospital.

With this news, I almost jumped out of my chair with joy. I was thrilled to hear I had a chance to be cured and didn’t need the chest port that I didn’t want.

The final part of my visit sealed the deal. That was when the surgeon I met with, who was referred to me by CTCA and worked for Drexel Medical in downtown Philadelphia, took a look at my MRI slides and concluded that I was not borderline stage 4 as the New Jersey oncologist had painted me.

He was much more optimistic and said it didn’t look like the tumor had spread outside of the immediate area into surrounding structures. He also said that he thought my tumor was just high enough to spare me a permanent colostomy, although a temporary ileostomy to let my colon heal after surgery was going to be necessary. I was incredibly relieved to hear all of this news (although not so much the part about the ileostomy).

The surgeon was very kind, and as I exited his exam room after finishing a manual finger and scope assessment, he looked at me and asked, “Do you believe in God?” I said yes.

He said, “Pray, ask God for help, and have faith. You’re strong, I can see it. You can get through this.” With tears in my eyes, I thanked him. His words meant more to me than he will ever know.

At that moment, I knew that I had finally found my cancer team.

After ending the three-day orientation at CTCA, I told them I needed some time to think about whether I wanted to proceed with them for my treatment. They were very supportive and told me to take the time I needed, but not to wait too long. In fact, the surgeon told me I should make a decision and strive to start my radiation treatments in ten days, because my tumor was almost fully blocking my colon at that point, and the radiation would begin to shrink it.

Before I left CTCA, I took it upon myself to “pop in” unannounced on the financial counselor to ask for a print screen of my account as proof of the financial assistance “deal” they were telling me about. She was surprised by my visit, but cooperative, and told me that CTCA would take off a certain percentage of any costs that my insurance would not cover. Although medical billing is a very complex topic that my exhausted mind could not handle at that moment, I was satisfied enough that I probably wasn’t going to end up with a $100,000 bill for choosing an out-of-network hospital.

Over the next day, mind swirled as I struggled with the fact that I was about to accept a very conventional medical approach to treating my cancer versus one that was more holistic and aligned with my ideas about healing illnesses. Yet in the end, I was comfortable enough with CTCA’s doctors that I felt like I could still try out some “holistic” things on the side. For example, I wanted to try special supplements my functional medicine doctor suggested, and Frankincense essential oil that even some medical literature I saw on PubMed was touting as a promising tumor-shrinking therapy. Importantly, I felt like I could try these while being able to openly discuss what I was doing with my cancer team.

Once I signed on the dotted line, the next appointment to create a mold of my body for the radiation machine was quickly set for eight days later.

It’s been five months since I had the final surgery that ended my official “cancer treatments” with CTCA. I now go back every three months for check-ups. Overall, I am happy with the choice I made to go with CTCA, and if I had to do it again, I’d choose them.

Are they perfect? No. I don’t believe any cancer center is. However, the hugs and support I’ve received—from the drivers who would take me to my surgeon’s office, to the clergy who prayed with me at desperate times in my hospital room, to the sweet and encouraging receptionists, and of course the nurses and doctors—has been great overall.

In case you’re wondering, I haven’t been paid by CTCA to write this article. Everything I’ve shared is my own personal experience, written with the hope that it can help give a bit of insight into what CTCA has to offer.

However, before I sign off, I do feel there is something important to clarify about the initial discussion that I had with CTCA. In my previous article entitled “Getting a Second Opinion,” I described how the CTCA “sales rep” mentioned to me that they had more than 10 radiation options, and other innovative approaches to treating cancer, such as immunotherapy, which sounded very interesting and was a big selling point for me to try them.

While I’m sure many treatment options do exist at CTCA, the important thing to know is that your doctors will be the ones to select everything for you.

Come back next week when I will share how working with an Eye Movement Desensitization and Reprocessing (EMDR) trained trauma therapist has helped me face my fears during my cancer journey, and the interesting conversation I had with my tumor.