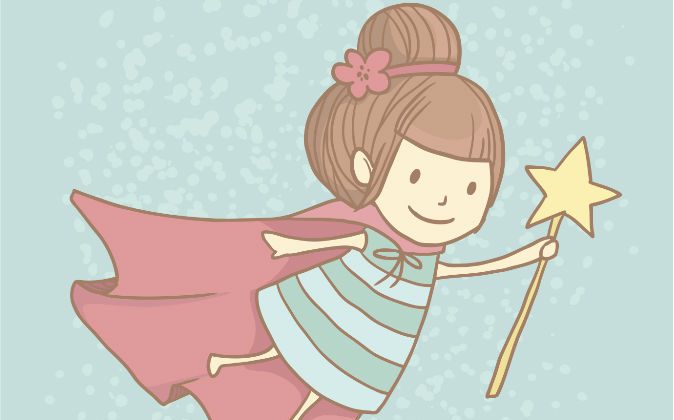 Finding Fairies: What the Tooth Fairy Really Does With Your Tooth

Director Andrew Jones’ children are the stars of Finding Fairies, a 7-minute film that also features the family bunny and which captures some of the sense of wonder and magic of childhood. Seeing as most of us don’t work on projects like this with our families, I found that aspect to be the most fascinating part of the film.

And because I think that most of us would really enjoy merging our different worlds – work and family – together sometimes, I asked him if he had any tips or advice that he could share with us about that. Here’s what he had to say:

1. Working with your family is worth fighting for, as the time you have together is all too short and endlessly valuable, but there are sacrifices that come with it (cash, time, brainspace, etc.). Completing a project together can be immensely challenging, and in many ways its easier to work more quickly and efficiently alone. However the pay off of togetherness, of helping your kids learn to push through adversity along with the many other life lessons that present themselves along the way, and then to succeed or even fail together is incredibly rich. As we all know there is a certain bond that is formed by accomplishment. There is something about facing challenges and completing a project that brings people together, who wouldn’t want to have that with their family?

2. You have to learn how to manage multiple roles. When working with my own kids, it took a careful balance of being Dad and Director. I think it’s important that while we were on set as much as possible they viewed me as director. There is a certain level of professionalism that must be shared among the cast and crew to get the work done. That being said, the more you can create that dynamic of teamwork, the more space you have to be a dad and look out for hurt feelings and chilly children.

3. I am lucky. My wife, and oldest daughter love stories and film and acting as much as I do; but it’s worth finding those things, the things you can really enjoy and pursue with your kids. It doesn’t matter what it is, if they love playing sports with you find a way to play together, if it’s fixing cars invite them in, if it’s baking, do as much as you can. Find those points of common interest and get as involved as you can!

4. Take risks. We didn’t know if this would work out and it was a HUGE amount of work to get to the point of making the film. A lot of our family time went into it and there was a chance it would just end in disappointment for all 6 of us (well, the 18 month old probably wouldn’t care), however taking the risk means opportunity. The opportunity to work together, the opportunity to expand our skills and in this case the opportunity to make a film!

If you enjoyed this short film, please take a moment to rate it and vote for it at StoryHive, which will help the filmmakers with opportunities for funding for future films. If you’d like to know more about Checkered Owl, the home-based production company behind this film, see their website.