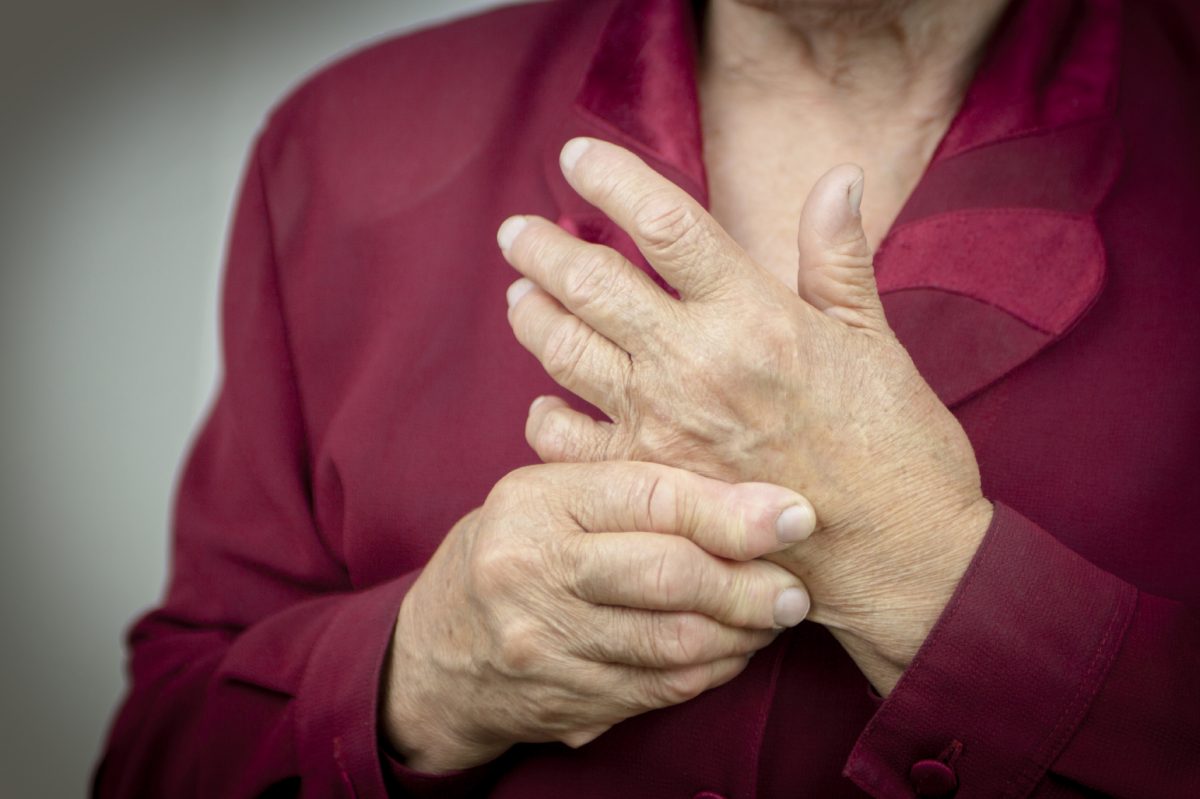 Feeling Out of Joint: The Aches of Arthritis

Many people start to feel pain and stiffness in their joints as they get older, often when they’re 45 to 50. It’s called arthritis, and it’s one of the most common diseases nationwide. You may think it’s a disease of old age, but arthritis can affect young adults and even children. In recent years, scientists have made rapid progress in understanding the many causes of arthritis. They’ve also made significant strides in developing effective new treatments for many forms of the disease.

What exactly is arthritis? “Arthr” means joint, and “itis” means inflammation—heat, swelling, and redness. But the inflammation of arthritis isn’t always something you can see.

“Some types of arthritis are very inflammatory and others aren’t as much. But they all involve an element of inflammation,” explains Dr. Joanne M. Jordan of the University of North Carolina at Chapel Hill.

Arthritis comes in many forms. In fact, there are more than 100 types, each with its own symptoms and treatments. The most common form of arthritis is osteoarthritis.

Osteoarthritis occurs when cartilage, the tissue that cushions the ends of the bones within the joints, breaks down and wears away. It most often affects the fingers, knees, and hips.

Osteoarthritis can follow injury to a joint. For example, years after a soccer injury to a knee, you might get osteoarthritis in the knee. Once you’ve had a severe joint injury, it’s important to be careful about what kind of activities you do.

“You should be active because, ironically, being active can help prevent disease,” says Dr. David Felson of Boston University. “But try not to be active in ways that can make your joint vulnerable to injury again.”

For the most part, researchers don’t know a lot about how and why osteoarthritis occurs. Women tend to get it more often than men. You tend to get it as you get older.

“Many factors that affect osteoarthritis are things you can’t control, like how old you are and what gender you are,” Felson says.

But some risk factors are under your control, including your weight. “Even moderately overweight people have an increase in knee osteoarthritis,” says Felson.

Many treatments are available for osteoarthritis. Talk to your doctor about exercises that can help and activities you should avoid. Several pain and anti-inflammatory medicines are available by prescription or over the counter.

Perhaps the most promising treatments for osteoarthritis right now, Felson says, involve ways to block pain. Researchers are working on other approaches as well, including exercise routines and devices that alter the alignment of your joints. For severe cases of osteoarthritis, scientists have developed improved surgeries to replace knees and hips.

Another common type of arthritis is gout. Gout usually affects the big toe, but many other joints may be involved. It’s caused by needle-like crystals that build up in the joints.

People with gout might try to avoid certain foods—including liver, beef, anchovies, and meat gravy—because they can bring on a gout attack in some people. These foods are rich in molecules called purines, which break down in your body and can ultimately contribute to crystal formation. Drinking alcohol, being overweight, and taking certain medications may make gout worse. In older people, some blood pressure medicines can also increase the chance of a gout attack.

Your doctor might do blood tests and X-rays to find out if you have gout. If you are diagnosed with gout, it can be treated several different ways, often in combination.

A very different type of arthritis is called rheumatoid arthritis. In contrast to osteoarthritis and gout, which affect particular joints, rheumatoid arthritis can affect your whole body. It arises when your immune system mistakenly attacks your own joints. That can bring pain, swelling, stiffness, and loss of function in joints and bones—most often in the hands and feet. Rheumatoid arthritis may also affect your internal organs and systems. You might feel sick or tired or have a fever.

Laboratory tests for certain immune system activity can confirm whether you have rheumatoid arthritis. The good news is that now there are medications not only to control pain and inflammation, but to actually slow or stop damage to your joints.

A lot of new treatments that have come out in the past 10 to 15 years have revolutionized the treatment of rheumatoid arthritis,” Jordan says.

Some rheumatoid arthritis medications interfere with the immune system’s activity. By interrupting the events that lead to inflammation, these medications help block inflammation and prevent structural damage to the joints.

Researchers continue to explore what causes arthritis. A better understanding of the factors involved might lead to new treatment approaches. Genes play a significant role in many types of arthritis. For example, scientists have linked certain immune system genes with a tendency to develop rheumatoid arthritis. Genes involved in how uric acid is processed have been tied to gout.

For osteoarthritis, Jordan estimates that up to 30% to 60% of your risk may lie in the genes you inherited from your parents. “The tricky part, though, is that it’s not a single gene,” Jordan explains. “It’s a lot of different genes that interact with each other and with the environment to cause the disease.”

Researchers are also looking at other risk factors, such as job-related exposures and heavy metals, such as lead, in the environment. They’ve been developing better ways of looking inside joints as well.

If you feel pain and stiffness in your joints, don’t hesitate to bring it up with your doctor. The sooner you act, the better you can prevent damage to your joints. Find out what’s causing your problems now and learn about your options.

Arthritis can damage not only your joints, but also internal organs and skin. Talk to your doctor about what you can do. Here are some ideas: