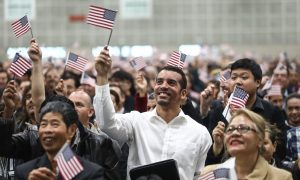 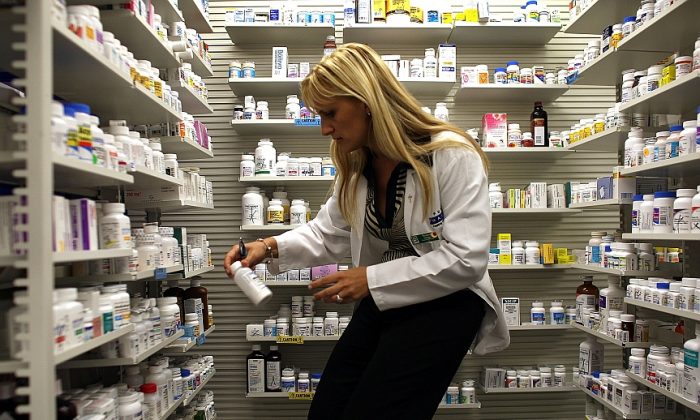 A supermarket pharmacy manager in Miami, Fla., retrieves a bottle of antibiotics from the shelf August 7, 2007. The FDA is investigating revising drug warnings in advertisements to make them more effective.(Joe Raedle/Getty Images)
US

Pharmaceutical marketing has had a profound effect on America’s growing prescription drug appetite. Now regulators worry that advertising may cause consumers to miss the biggest risks.

The U.S. Food and Drug Administration (FDA) is reconsidering what regulators call the “major statement”—an obligatory list of side effects and health hazards that accompany each pharmaceutical ad. The major statement serves to balance the slick sales pitch with the risks associated for a particular drug, and hopefully leads the consumer toward an informed decision.

According to an FDA announcement, “The major statement is often too long, which may result in reduced consumer comprehension.” The concern is that ads, which drone on about dry mouth, nausea, and skin irritation, may distract consumers from the most serious risks, such as suicidal thoughts, heart attack, or stroke.

Regulators will investigate consumer comprehension by having test subjects watch a series of drug ads that restrict their major statement to “serious and actionable.” If the studies demonstrate that shorter warnings are better understood, future ads will point to a resource for a comprehensive risk list that consumers can research for themselves.

While regulators want consumers to be more mindful of the most serious dangers, many believe that drug ads are already too brief on side effects, and the advertising is far too prevalent.

The United States and New Zealand are the only nations to permit drug ads that directly target consumers. Until the mid-1980s, drugs were only promoted to doctors who determined whether new pharmaceuticals were appropriate for a particular patient.

When consumer drug ads first emerged, the FDA required promotions to include every possible risk associated with a drug. Drug companies were slow to embrace the new medium, because most of their ad space was sacrificed to precautions. But soon after the FDA allowed for an abbreviated risk list in 1997 and direct to consumer promotions nearly quadrupled. In 2012 drug companies spent $3.1 billion on direct to consumer marketing, according to Pew Research Center.

According to an April 2013 physician survey by CMI/Compas, about 70 percent of doctors want to eliminate or reduce drug ads, 63 percent accused ads of misinforming patients, and 74 percent criticized ads for devoting too much time to drug benefits and not enough to warnings.

Research suggests the problem may be more than consumer comprehension. According to a September 2013 study by the Journal of General Internal Medicine, 6 out of 10 drug ads contain “potentially misleading claims.”

The FDA will accept public comment the study until April 21, 2014.