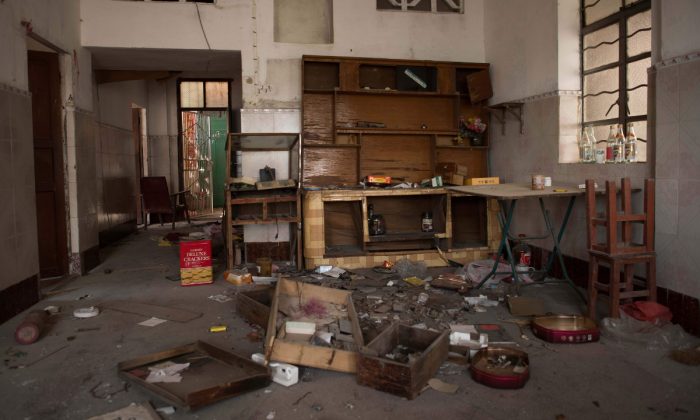 A father ransacked his son’s house after allegedly living off his parents for 10 years, according to Chinese news outlet Modern Express.

Police in Nanjing City, the capital of China’s eastern Jiangsu Province, intervened in the conflict between the father and son on July 14. They were said to mediate a resolution, but no positive outcome was reported after the conflict, according to Modern Express.

The father, surnamed Wang, paid for his son’s house and car, after sending him abroad for college. Wang claimed that for 10 years after his son returned, he never once attempted to look for work.

The man-child’s name was not given in the report, but was said to be 34-years-old.

Wang is a relatively successful business owner. He said that over 10 years ago, he had sent his son to study abroad in England. After his son graduated in 2009 and returned home, he has never once attempted to find work. Instead, his son spends his days idling about in the house.

The two had been getting into arguments on a daily basis over the son’s situation. “I bought this house for him, and it’s even in his name,” Wang told the Modern Express. “I bought his car for him too.”

Wang said that he couldn’t put up with his son’s idle lifestyle. In response, Wang sold the Land Rover that he had purchased for his son. Then the man-child retaliated and damaged his father’s car.

For Wang, this was the last straw. While his son was out, Wang went to his son’s house and ransacked the place.

When his son heard about what his father did, he said he was going to trash his parent’s place in the same way. However, he planned to bring a knife and get revenge on his father.

When Wang’s wife heard of her son’s intent, she called the police, warning them that her son intended to stab his own father with a knife.

When the police arrived, Wang openly confessed to ransacking his son’s house and said that he was too furious about his son’s behavior, according to the Modern Express.

The man-child then arrived home at about 5:00 a.m., and in a rage, charged towards his father. The police blocked his path. Wang told the officers in that moment that he had lost all hope for his son. “I want to find a son with future prospects, I want a good son,” Wang said in front of his own son, according to the Modern Express.

Both Wang and his son were taken to the local police station. Officers reported that they mediated talks between the two, but gave no results, according to the Modern Express.