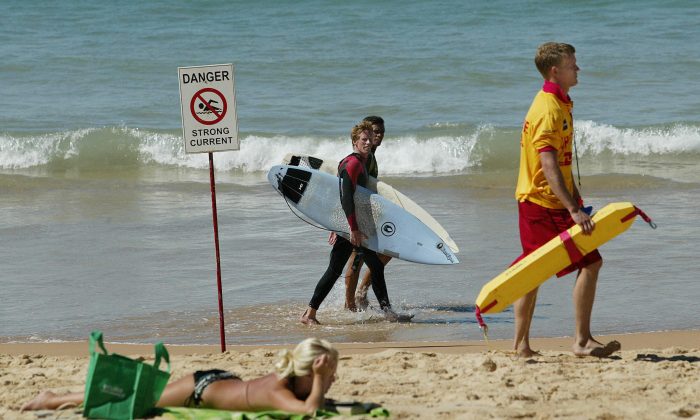 A Tennessee father gave his life saving his three daughters from a rip current on a Florida beach, slipping under the waves after exhausting all his strength pushing them to safety.

Fred Pepperman, 53, of Tennessee was on holiday with a large family group in Seacrest, Florida earlier this month.

When three of their daughters were swept off the beach in a violent rip current, the rest of the family tried in vain to form a human chain to rescue them, as Pepperman swam out into the ocean.

Pepperman first pushed his youngest daughter, 16-year-old Grace, toward her sister, who was then able to get out of the water, reported NFW Dailynews.

With those two safely onshore, Pepperman fought to keep the head of his remaining daughter above water, until finally, someone was able to take her to safety on a boogie board.

The incident occurred on the afternoon of July 14.

“Once we were safe, he was simply too exhausted to worry about himself. His body was worn out.”

“You did good, Freddie,” she wrote. “Our girls are safe. You saved your family. You are a good man, through and through.”

Pepperman’s sister, Lisette Miller, old NFDaily News that they had seen two flags at the beach, but not known specifically what kind warning that meant.

STAY OUT OF THE WATER!3 WATER RESCUES GOING ON RIGHT NOW! WE ARE FLYING DOUBLE REDS FOR GOOD REASON!

“We just knew dangerous waters, so don’t go too deep but about waist-deep at the max. The kids were fine. That’s what they were doing.”

As she chatted on the beach, Julie looked over and saw her 16-year-old daughter, Grace, heading out into deeper water.

“She told her 20-year-old, Olivia, to go tell Grace to come in because she’s too far out,” Miller said.

Grace began to call for help, Miller said, and Olivia jumped in. Before they knew it, three of their daughters were being swept away in a rip current.

Pepperman’s sister-in-law Colette James, said his last words offered comfort to his daughters, according to People.

The family has set up a GoFundMe account to help fund his daughters going to college.

“Freddy was the true embodiment of integrity, honor, and selflessness,” said the description on the fundraising site. “He was a family man and always made those around him feel welcomed and loved. ”

“He died for the greatest purpose in life, his children. ”

The incident happened just a few days after another father drowned rescuing his 8-year-old daughter from a rip current as they took a walk along an island sandbar in south Florida.

The body of Thomas Zakrewski, 46, was found several hours after he disappeared beneath the waves on the afternoon of July 9, according to Lee County Sheriff’s Office.

“A family walked along a curved sandbar on the shore of Upper Captiva when the mother, walking ahead of her family, glanced backward and discovered that her husband and 8-year-old child were struggling in the water.

Rip currents have already claimed the lives of 28 people this year, with 12 of those deaths in Florida alone, according to the National Weather Service.

“Rip currents are channeled currents of water flowing away from shore at surf beaches,” according to a National Weather Service factsheet (pdf). “They typically extend from near the shoreline, through the surf zone, and past the line of breaking waves.”