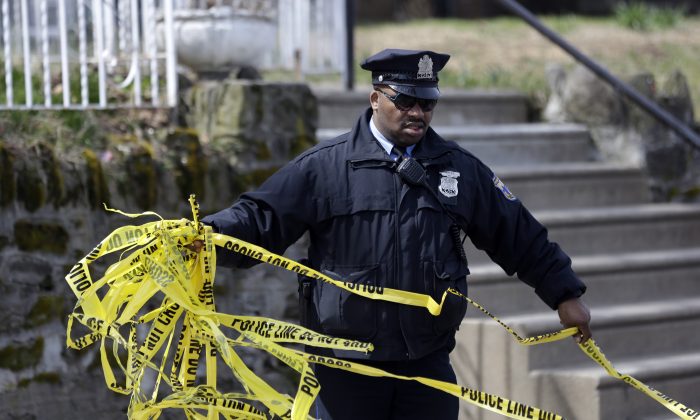 HEMPSTEAD, N.Y.—A Long Island father learned his 15-year-old son had been killed after he called the teen’s cellphone and a police detective answered, and the boy’s mother learned of his death while she was hospitalized.

Raul Guzman, of Hempstead Village, tells Newsday he called their son, Joshua, on Monday to make sure the high school sophomore was in school.

Guzman learned that Joshua had been fatally shot overnight. He was found lying in a street gutter. Guzman says Joshua must have gone out while he was asleep. Guzman says he’d told his son not to leave the house and the teen said he wouldn’t.

There have been no arrests.

The boy’s mother was being treated for a broken back from a car crash about a week ago.

According to the New York Daily News, Guzman, who was grief-stricken, was left with sad responsibility of sharing the development with his wife. She was in the hospital following a car crash.

“She cried too much,” Guzman told the paper. “She doesn’t want to live here,” Guzman added. “Too many memories.”

There have been several shootings in the area, police say. “Obviously with this type of violence occurring in the street we would suggest that the public take precautions when they are out and about and we are increasing our patrols for that very reason,” Chief of Department Steven Skrynecki told CBS Local.