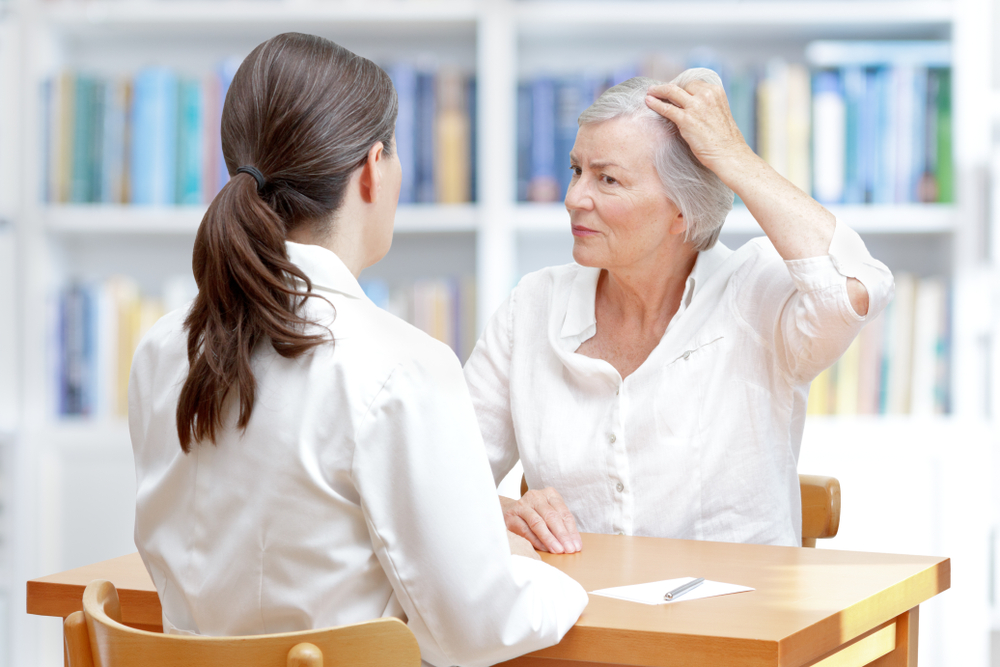 We know that most male hair loss is hormone driven. For women who lose hair, it’s often due to another type of hormonal problem, such as an underperforming thyroid or exhausted adrenal glands. (ShutterStock)
Health Conditions

Fast-Graying Hair May Be Symptom of Other Disease

While graying comes with age, and premature graying may be hereditary, in some cases it’s not due to merely a genetically influenced decrease in melanin. In fact, oftentimes when hair goes gray quickly, it is a signal from the body indicating poor health in other areas.

Melanin, which makes one’s hair black, is produced by the melanocytes in hair follicles. According to Dr. Zhang Hongjia, an attending physician at Peng Xianli Dermatology Clinic, any factor that causes the reduction or death of melanocytes can be the cause of early graying.

These are 10 health issues that all contribute to graying hair as a side effect.

Vitiligo is a disease caused by autoimmune cells attacking melanocytes in the skin, causing white patches to grow on the body’s surface. When the melanocytes at the roots of the hair are also attacked, the hair will turn white.

“I always tell my patients that the skin and the thyroid are good friends. If one goes wrong, the other will have a problem,” says Dr. Zhang.

Thyroid dysfunction is also an autoimmune disease. Hyperthyroidism or hypothyroidism may cause hair loss or hair follicle abnormalities. And immune cells may also attack melanocytes in the hair follicles, causing gray hair to grow.

Encephalitis is an acute brain inflammation caused mainly by viral invasion. In a few cases, it is related to autoimmunity caused by infection. The inflammation may affect melanocytes.

According to Dr. Zhang, clinical observation has discovered that tuberculosis infection is not limited to the lungs, but it can also be found in muscles and bones, and it may affect the hair follicles, too.

The lack of vitamin B12 in the body may cause gray hair, but this situation is rare. Only a small number of people with congenital malabsorption would have vitamin B12 deficiency even if they consume a lot of vitamin B12. In addition, people with gastric mucous membrane injuries or atrophic gastritis, as well as those who have undergone gastric resection, may also suffer from vitamin B12 and iron malabsorption due to lack of intrinsic gastric factors.

Patients with severe anemia are likely to grow gray hair, due to the body’s inability to absorb enough vitamin B12.

Depression is associated with immune system dysfunction. When the immune system is too active, it may attack or mistakenly damage the melanocytes in the body.

All of these factors may affect the blood flows to the scalp. And if hair follicles cannot receive proper nutrition, the normal functioning of melanocytes and keratinocytes will be negatively affected, and hair grows gray.

External stimuli and damages, such as severe sunburn, and the use of unsuitable shampoos can damage the hair follicles, including the melanocytes inside.

Although shampoos, hair dyes, and other chemicals have all been tested for allergies before they hit the shelves, a small number of people will still be allergic to them. The most common cause is contact dermatitis, which leads to an itchy and painful scalp, and, in severe cases, damages the hair follicles. For instance, some people are allergic to the PPD in hair dyes. So before using any such product, it’s advisable to do an allergy test first, to see if it’s suitable for you. Dr. Zhang said that there was a patient, who was very careful and dyed her hair after a long period of time, but she was still allergic.

Picky eating, dieting and many other dietary practices can lead to nutritional imbalance. And the lack of vitamin B12, copper, zinc, and/or iron can lead to early graying.

Copper can maintain the colors of hair and skin; zinc helps with the production of hair follicle cells; and iron is the main component of hemoglobin, which carries oxygen to supply cells throughout the body, including hair follicles.

Although you cannot control diseases, you can be in control of some other things, such as learning to relax, eating a balanced diet, maintaining a good routine, reducing the damage caused by weather and chemicals, and avoiding prolonged high-temperature hair treatments.

When gray hair appears, if it’s due to a lack of melanin, then there is a chance that the hair graying can be reversed by changing your diet and routine.

In terms of diet, it is recommended to consume foods high in vitamin B12, copper, zinc, iron and other nutrients to help maintain healthy hair.

The human body’s absorption and utilization rate of animal iron is three times that of vegetable iron. Also, eating fruits rich in vitamin C, such as guavas and kiwis, can increase the body’s absorption rate of iron.
Kelp not only contains vitamin B12 and iron, but is also rich in iodine, which is the raw material for the synthesis of the body’s thyroid hormones. Since hair growth is affected by the functions of the thyroid hormones, supplementing iodine helps with hair’s development and health.

Can White Hair Be Plucked?

When white hair emerges sporadically, some people will choose to pluck it out. Out of sight, out of mind. However, after the hair is pulled out, the new hair that grows out will still be white. And the hair follicles may also be damaged when the hair is plucked.

According to the book titled “Dense, Thick, Black: Distinguished Doctors’ Hair Healing Power”, co-authored by Dr. Zhang and veteran dermatologist Dr. Peng Xianli, if plucking white hair causes the hair follicles to be damaged, not only will the chance and speed of new hair growing out be reduced, but the surrounding healthy hair follicles will also become damaged. As the result, the production of melanin in the hair will be slowed down, which may cause other hair to turn white or its texture to deteriorate.