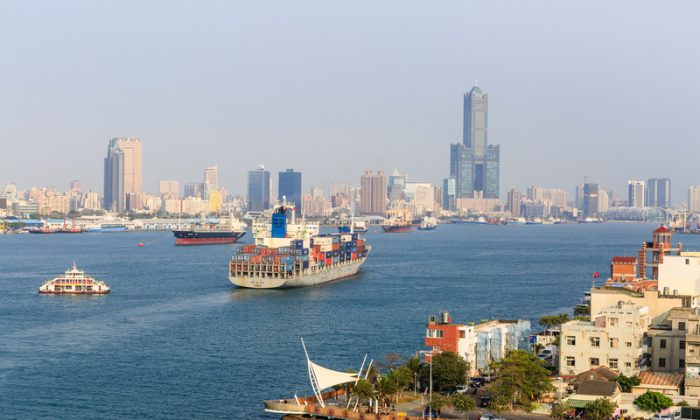 KAOHSIUNG, Taiwan—Mr. Ou Yuzhu, a famous painter who is also the president of Yong Chuang Steel Company, was among the celebrities attending Shen Yun Performing Arts International Company’s spectacular show in the Chih-The Hall of Kaohsiung City Cultural Center on the evening of March 1.

Established in 2006, New York-based Shen Yun is a non-profit organization that has dedicated itself to bringing 5,000 years of Chinese civilization to life.

After seeing the show he said that it was his first time he’d seen such an extraordinary performance, and he had great admiration for Shen Yun’s dedication. He stressed that he was “really deeply touched.”

As a painter, President Ou is keen in discerning colors. He said, “The coordination among various aspects (of Shen Yun), including color, formation and themes, etc. was seamless.”

“I came to understand truthfulness, compassion, and tolerance, in addition to beauty.”

Amazed by the great unison of Shen Yun dancers’ movements, Mr. Ou noted that Shen Yun performers must have devoted tremendous time and effort to practice so as to achieve such a level of precision.

Shen Yun’s “choreography, backdrops and performance skills are really at a very high level,” he said.

“It is indeed very inspiring and very touching,” he exclaimed.

Ou Yuzhu expressed that he was especially in awe at the program Ne Zha Churns the Sea, as it gave him a miraculous feeling of entering another dimension in which “humanity and heaven are truly harmonized.”

To see the Shen Yun show Ms. Kao took advantage of the succeeding holidays to come all the way from Taitung to Kaohsiung, along with a group of about 20 people, including her students and other teachers.

Captivated by the superb performance, Ms. Kao said, “I felt like it was a masterpiece of divine inspiration.”

Kao Shu-Chuan was amazed by the splendor and grandeur of the palaces in various Chinese dynasties on the animated digital backdrops and the ancient court costumes on the dancers.

“Every actor was smiling when performing. What really impressed me was that they seemed to be very happy when dancing. The coordination among the backdrops, dancers, and music was seamless. The performance of the orchestra was also perfect. I felt overwhelmed as soon as I heard the music played (by Shen Yun Orchestra).

“The precision of actor’s body movements was amazing. The stories the dances told often made the audience smile. All the female dancers’ figures are very slender, and they are almost the same height. They performed very naturally. The choreography was so good. I tried to predict its rhythm, but I failed as it had a lot of variety.”

“The show seemingly kept telling the sentient beings that truthfulness and gracefulness are something to appreciate, as they are very pure … With the application of digital backdrops and the clouds, I felt like being taken into a wonderland.”

Finally, she referred to the Shen Yun show as “a masterpiece of divine inspiration.”

“I personally invited nearly 20 people to be here with me. I really hope that everybody can invite more people to see the show,” she concluded.

We Should Learn from Shen Yun

Among the captivated audience was Mr. Chen Huaishi, president of Alishan Construction Company, who just flew back from Kinmen for the Shen Yun show. Watching it for the first time, he said in delight that the whole show is excellently designed, full of vigor and awe-inspiring power. “Really fabulous!”

“The program on Ne Zha conquering the dragon king, perfectly fused with the high-tech animated backdrop, is very novel. Obviously such challenging movements are the result of constant training. In addition, we should learn from their good temperament and the content of the program.”

As for the program about the courage of Falun Gong practitioners, he said, “I think humans need some cultivation. It depends on which road you take.”

“To have a belief is a human freedom. In a life lasting for decades, our own belief should be respected.”

Shen Yun presents 5,000 years of Chinese history and reminds audiences of the beauty of Chinese traditional culture. Mr. Chen said, the “manifestation of certain historical process, historical trace, is worth our attention.”