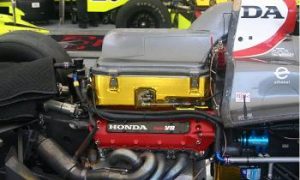 Facebook Deal Signals that Despite Regulations, Wall Street Still Has Its Way

By Frank Yu
Print
NEW YORK—We heard rhetoric two years ago about controlling the backroom dealings and secretive high-finance deals that big Wall Street players engage in that mold every sector of the business world.

Two years later, the major players of high finance are at it again, and today's most attractive property is Facebook Inc., the closely held, privately owned social networking website that claims 500 million users worldwide, which if coupled with a good business model, could be a huge cash cow given its large user base and highly sought-after “Generation-Y” clientele.

Back in 2004, when another technology sector darling, Google Inc., was prepared to go public, Goldman Sachs Group Inc. and its then-CEO Henry M. Paulson also wanted a piece of the company. According to a Newsweek investigative report by Charlie Gasparino, Paulson's backroom attempt at procuring pre-IPO shares from several venture capital firms upset Google executives, who eventually cut out the Wall Street investment bank from its IPO process, costing Goldman millions of dollars in fees.

But this time, Goldman was not to be denied.

Goldman bought a stake in Facebook, the Internet company founded by baby-faced CEO Mark Zuckerberg, for $450 million while assuming the company's valuation of $50 billion.

Much has been made by Wall Street analysis and the media regarding Facebook's meteoric rise in valuation since its early days, but without a set of public financials or publicly traded shares, Facebook's valuation remains indeterminable. An investor can purchase a quantifiable stake in Facebook for any price as long as Facebook's current owners and management agree.

Ultimately, this deal speaks more about Goldman than about Facebook.

For one, Goldman today remains the top investment bank, and the deal proves that it has the client demand to pull off an expensive investment in Facebook.

Two, dealmaking for Wall Street banks is as risky as ever.

Goldman disclosed last week while pitching clients to purchase private shares in Facebook, that it might hedge or sell its own investment in the firm—potentially betting against the performance of Facebook's shares.

This brings to mind last year's negative publicity Goldman suffered as it was sued for several collateralized debt obligation (CDO) assets it was securitizing to sell to clients, while secretively betting against the securities itself. Goldman ultimately settled with regulators but it is still mending the reputational risk it suffered as a result of the deals.

All is well if Goldman discloses such actions on its part to its clients, which it has done in its most recent deal.

The recent Dodd-Frank Financial Reform Act puts clamps on how much investment banks can gamble with ordinary consumers' money, sets limits on bailouts, and hopefully, puts a stop to the concept of “too big to fail.”

But gambling is still alive and well among savvy and willing parties, and any prudent bank should hedge its investments, as such large bets for—or against—any one company is risky business. For a highly leveraged bank, losing hundreds of millions of dollars can spell doom.

Facebook, for all the hubbub it receives in the press, is still a very small company with minimal positive cash flows or earnings. Its value could tumble as quickly as it rose in recent years, if the dot-com bubble of 2000 serves us any warning.

But in the end, the Wall Street machine still gets its way. Its deep pockets and extensive connections will continue to shape the business world, one gamble at a time.

Only time will tell whether it—or its clientele—profits or flops on this one.