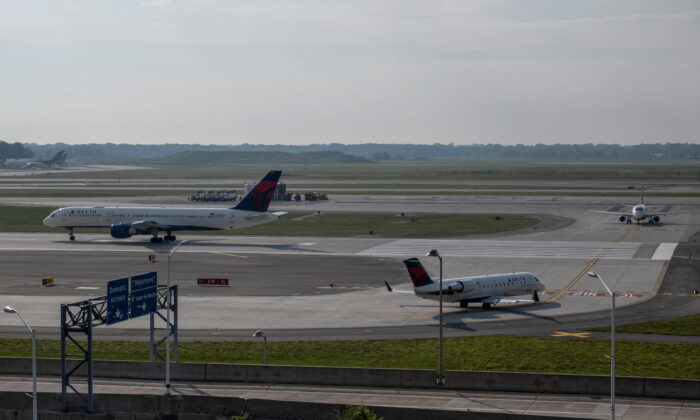 The FAA and NASA said the new software was tested for four years that calculates gate pushbacks at busy hub airports “so that each plane can roll directly to the runway and to take off.” When deployed, the FAA said it anticipates annually saving more than 7 million gallons (26.5 million liters) of fuel and eliminating more than 75,000 tons of CO2 emissions.

NASA Administrator Bill Nelson said at a press briefing the software came from the strategy “the trajectories to get where you wanted out in space to other planets… The idea was simple: take that technology and apply it to an aircraft.”

The project begins in 2022 at Phoenix and Charlotte and could take five to 10 years to fully implement.

The capability, which will be part of the FAA’s Terminal Flight Data Manager program. The FAA said during testing at Charlotte airport the program reduced taxi times that helped save more than 275,000 gallons of fuel and reduced delays by 916 hours “equivalent to shaving 15 minutes of waiting time on a taxiway for more than 3,600 departing flights.”