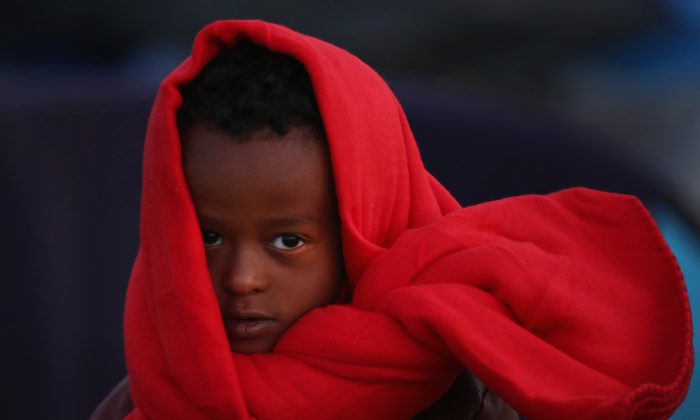 BRUSSELS—Forced into action by its biggest refugee crisis since World War II, the European Union is pressing some northern African nations to sign lopsided deals that would send thousands back without sufficient protection, African diplomats and migration experts are warning.

Concern is growing that the EU will use its considerable political and economic clout—including access to more than $1.9 billion in aid—to buy off vulnerable countries on the sidelines of a two-day summit with African leaders starting Wednesday in Malta.

Still wary of Europe’s colonial past, some Africans believe the EU is desperately trying to outsource its refugee challenges rather than accept that people will still try to come to the continent.

Ajay Bramdeo, ambassador to the EU for the 54-country African Union—which has not been invited to co-host the summit in Valletta—warned of “external pressure or influence brought to bear” by the 28-nation EU.

“These types of foreign policy interventions do not always deliver the desired results,” he said in Brussels.

The International Organization for Migration says more than 773,000 people have arrived by sea this year seeking sanctuary or jobs—many escaping war in Syria or Iraq—and the EU estimates three more million could come by 2017. Yet Turkey alone hosts more than two million refugees.

But while the EU recognizes the plight of refugees from war-torn Syria, the bloc believes most of those leaving Africa are looking for work and do not qualify for asylum, even if some are fleeing conflict, rights abuses or forced conscription. Its priority is to send those migrants back as quickly as possible.

Experts fear the lure of aid, trade and other benefits is too enticing for poor African countries to refuse, and that human rights will suffer in the process as they sign the deals with the EU.

In an effort to stop people from traveling to Libya—a hotbed for human trafficking across the Mediterranean—the EU is using what migration officials describe as divide-and-conquer tactics to make individual deals with countries like Morocco, Tunisia and Niger.

“It’s been a pattern in the past bilateral agreements. … We saw that between Italy and Libya until the conflict broke out. We see it with Spain and Morocco,” said the acting director of Amnesty International’s EU office, Irvena McGowan. “They are completely done in secret. There’s no transparency, there’s no access to these documents. More often than not, there are no human rights or procedural safeguards at all.”

In fact, the EU has criticized the United States for doing the exact same thing—deals with individual EU nations rather than the full trade bloc on issues like data protection.

Yet Europe’s political desperation is real. Asylum-seekers have overwhelmed border authorities and reception facilities. Razor-wire fences have been erected and security tightened, threatening to undermine Europe’s wide passport free travel area. EU nations have been painfully slow to react, and anti-immigrant parties have taken advantage of the leadership vacuum.

“A lot has been said,” noted Pierre Vimont, the EU ambassador preparing the summit. “Not much has happened. We have to put it all into action now.”

Fearing for the future of the European Union itself, officials are scurrying for quick-fix solutions to stem the tide as countries take unilateral measures in response to unpredictable refugee movements.

In a draft plan drawn up for the summit, seen by The Associated Press, the leaders commit to help African countries readmit people who are refused entry. Officials from at least 10 countries will visit the EU early next year to “verify and identify nationalities of irregular migrants who are not in need of international protection.”

Some still fear that detention camps might be built to house returnees.

“If there is no clarity … we’re going to end up with open sky prisons, where the human rights of those interned are going to be violated,” warned Bramdeo.

Niger—a main transit country along the African migration route to Libya—is already working closely with the EU on border security. European liaison officers are there helping to dissuade people from heading to Europe to look for jobs.

Yet migration experts say these deals have never worked in the past and undermine the cooperation and partnership both between the EU and the AU and also between African nations themselves.

“These solutions are not durable. Even the countries that they make deals with, these deals will not work because they won’t enforce them,” said Gibril Faal, head of the Africa-Europe Development Platform.

“If you have an agreement with a country, where it’s influenced by finances and so on, then it’s very likely that you will get into some dubious process of forcing people,” he said.

The EU’s executive Commission has already earmarked $1.9 billion for an Africa trust fund on migration management. It’s called on EU nations to match that figure with individual contributions.

How the US Is Expanding Its Fight Against Extremism in Africa

These deals “are normalizing violations of human rights,” warned McGowan of Amnesty International. “You’re creating an atmosphere where human rights are on a sliding scale.”