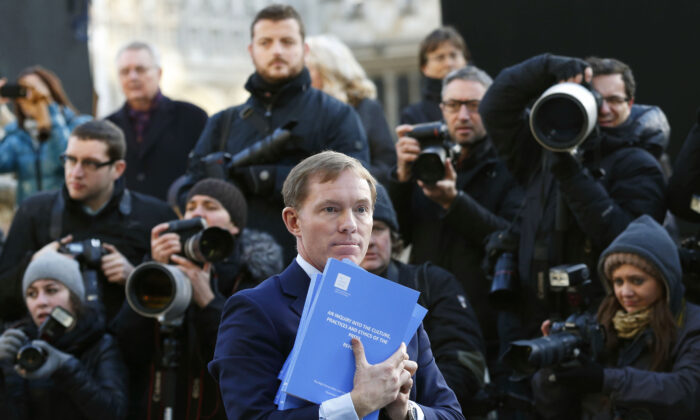 British opposition Labour member of parliament Chris Bryant poses for photographers with a copy of the Leveson Report into press ethics in central London on Nov. 29, 2012. (Justin Tallis/AFP via Getty Images)
UK

A former British minister told the UK Parliament on Monday that one of the Afghans he is seeking to help has been shot, another raped and a third person tortured.

He urged the government to have a single person to deal with all the Afghan cases raised, adding: “Since I sent in those names, one of them has been shot, one has been raped and one has been tortured. So people are desperate to try and get the best result for these people.”