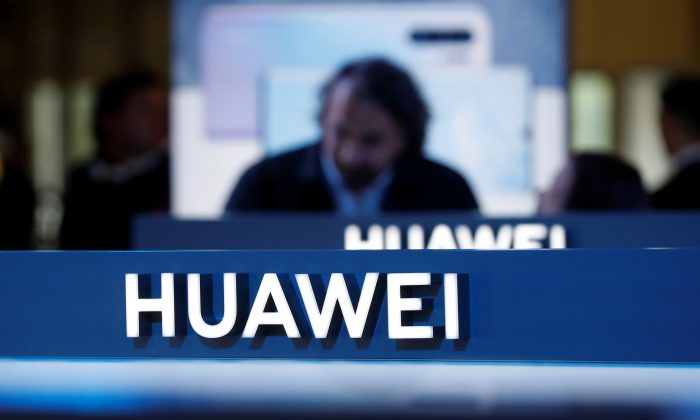 The Huawei logo is pictured on the company's stand during the 'Electronics Show at Ptak Warsaw Expo in Nadarzyn, Poland on May 10, 2019. (Kacper Pempel/Reuters)
Huawei

Ex-Polish Security Official With Ties to Huawei Employee in Spying Case to Be Freed on Bail: Lawyer

WARSAW—Former Polish security official Piotr Durbajlo, who was arrested in January on allegations of spying for China, will be released upon paying bail, his defense lawyers told Reuters on July 5.

But a salesman for telecom gear maker Huawei, Wang Weijing, will remain under temporary arrest for at least another three months, his defense lawyer said. Wang was fired by Huawei after his arrest.

Durbajlo, a cybersecurity specialist, had worked for years in the top echelons of the Polish government, including with people and agencies involved in sensitive national security matters, Reuters reported this week.

A lawyer for Durbajlo said he did not want his client to comment for the earlier Reuters report, adding a request to overturn the arrest had been rejected.

Chinese telecoms equipment maker Huawei is under intense international scrutiny after U.S. allegations that its kit can be used for spying by Beijing, which it has repeatedly denied. The allegations have led several Western countries to restrict Huawei’s access to their markets.

Washington has called on its allies to exclude Huawei equipment from their fifth generation (5G) mobile telecoms networks and use alternative providers.

Durbajlo, who was working as consultant to Orange Polska at the time of his arrest but has since left the company, is expected to pay 120,000 zlotys ($31,680) within the next 30 days to secure his release, one of his lawyers said.

The lawyer said the case against Durbajlo has not been dropped, and did not explain why he was being released on bail.

Wang told Reuters from jail that Durbajlo was probably his best Polish friend and that the pair traveled to China together on three occasions. Durbajlo visited Huawei’s headquarters in Shenzhen at least twice.

Poland’s security services are interested in Durbajlo’s travel to China, Reuters has reported and are looking into his work on a project at a Warsaw military university that involved creating a monitoring system to guard against accessing classified information sent through fiber optic networks.

Wang, who told Reuters he is innocent, will continue to be held at the Warszawa-Bialoleka prison and detention center.

Polish prosecutors have said little about the case, which is mostly classified, since announcing the arrests. However Polish President Andrzej Duda told Reuters in June that the allegations against the two men were not “empty,” that “documentation exists” and that the arrests mean “there is evidence that such activities may have been carried out.”

Canadian authorities in December arrested Huawei finance chief Meng Wanzhou at the behest of U.S. authorities as part of an investigation into alleged violations of U.S. trade sanctions.

The West’s security concerns surrounding Huawei center around China’s National Intelligence Law. Approved in 2017, the law states that Chinese “organizations and citizens shall, in accordance with the law, support, cooperate with, and collaborate in national intelligence work.”

This has sparked fears Huawei could be used by the Chinese regime to incorporate “backdoors” into their equipment that would allow Beijing access, for spying or sabotage purposes. Some experts also see a risk that Chinese intelligence may develop an ability to subvert Huawei’s equipment.