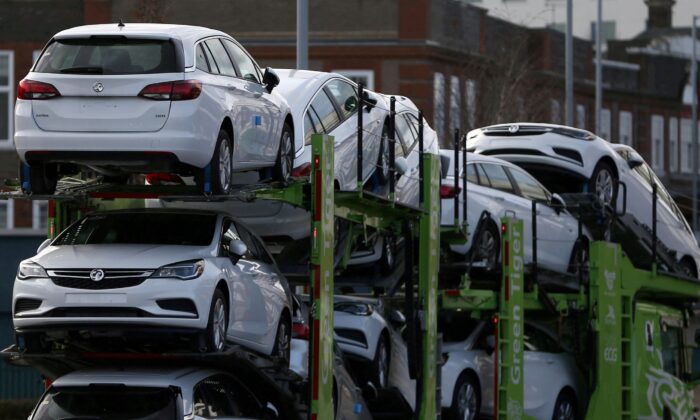 Vauxhall cars are transported on a lorry in Luton, Britain, on March 6, 2017. (Neil Hall/Reuters)
Economy

BERLIN—New car registrations in Europe fell 1.5 percent in 2021, even further below the previous record low of 2020 sales, industry data showed on Tuesday.

A global semiconductor shortage and other supply chain issues have dampened deliveries of cars globally, with many carmakers sitting on half-finished goods and unable to meet demand.

Germany was hardest hit among the major EU markets, ACEA’s data showed, registering a 10.1 percent sales dip in the year while others such as Italy, Spain, and France saw marginal growth.

The number of new vehicles registered in the European Union, Britain, and the European Free Trade Association (EFTA) in December was down 21.7 percent year-on-year, marking the sixth month in a row of declines.