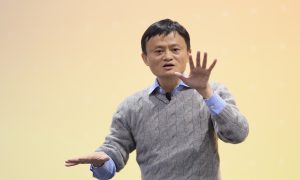 LONDON—The European Union has launched an antitrust investigation into online retailer Amazon over its distribution of e-books, which have become increasingly popular in recent years.

The European Commission said Thursday it will investigate certain clauses in Amazon’s contracts with publishers, including a requirement for publishers to inform the company about arrangements it has with Amazon competitors.

Amazon, which is the largest distributor of e-books in Europe and owns the popular Kindle e-book device, has already faced pressure from the commission over its tax structures, specifically over whether its European operations enjoyed an unfair competitive advantage by being based in low-cost Luxembourg.

Margrethe Vestager, the commission’s top official on competition policy, stressed that the investigation, which will center on the largest markets of English and German e-books, doesn’t call into question Amazon’s successful and comprehensive service.

“However, it is my duty to make sure that Amazon’s arrangements with publishers are not harmful to consumers, by preventing other e-book distributors from innovating and competing effectively with Amazon,” she said. “Our investigation will show if such concerns are justified.”

If the European Commission finds that Amazon’s arrangements limit competition and reduce consumer choice, then it could be violating antitrust rules in Europe that prohibit companies from abusing their dominant market position. The firm could be fined or forced to change its business practices.

Amazon said it is confident that its agreements with publishers are legal and “in the best interests of readers,” and added that it will “cooperate fully during this process.”

Amazon faces competition from a number of distributors, including Apple’s iBooks.

Amazon faces competition from a number of distributors, including Apple’s iBooks. There are many other rival offerings too from much smaller firms including Foyles, one of Britain’s most venerable book chains.

This isn’t the first time that the commission has investigated the e-books sector. In December 2011, it raised concerns that Apple and five international publishing houses may have colluded to limit price competition. By July 2013, those companies had offered a number of commitments to address the commission’s concerns.