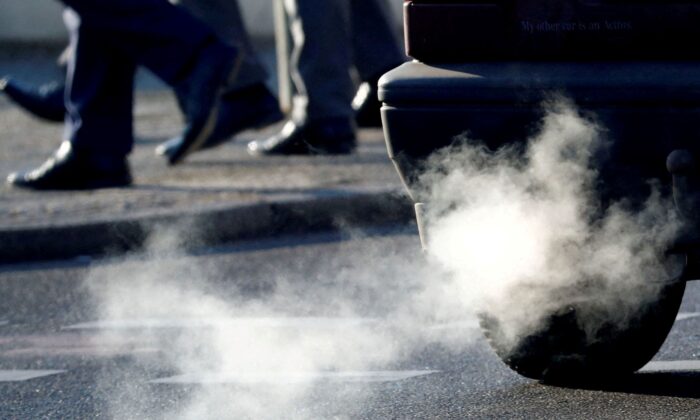 An exhaust pipe of a car is pictured on a street in Berlin, Germany, on Feb. 22, 2018. (Fabrizio Bensch/Reuters)
Business & Economy

BRUSSELS—The European Union’s top court dismissed a complaint on Thursday brought by the cities of Brussels, Madrid, and Paris against the European Commission in which they accused it of setting car emissions limits for nitrogen oxides too high.

The Court of Justice of the European Union (CJEU) thereby overruled an earlier judgment in favor of the cities from the General Court, the EU’s second-highest chamber, which prompted an appeal by Germany, Hungary, and the Commission.

The case revolves around the Commission’s introduction after the 2015 Dieselgate scandal of real driving emissions testing to complement laboratory procedures and its setting of emission limits on nitrogen oxides for light passenger and commercial vehicles.

The cities complained that the limits were higher than those of the “Euro 6” standard that applies to light vehicles registered since 2015. As such, they argued, it undermined their abilities to regulate the circulation of vehicles to reduce air pollution.

The General Court backed their view, as did the advocate-general in his advice to the CJEU judges. However, they overturned the General Court’s ruling.

The CJEU found that the Commission’s directive concerned only registration and sale of vehicles and not their circulation on roads, so the cities were not directly concerned by the legislation.

However, the higher court said the cities could still limit circulation of vehicles to protect the environment without infringing EU law.