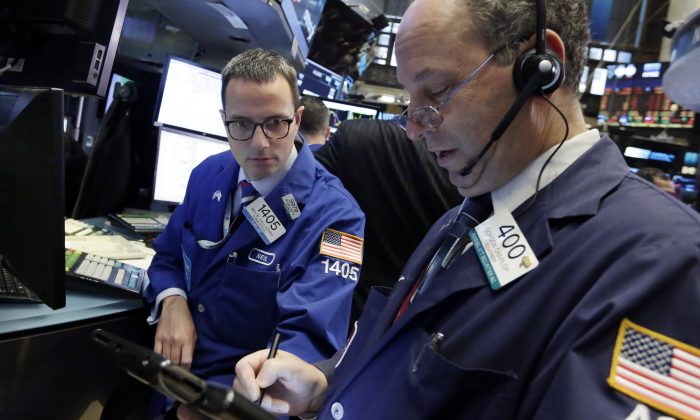 Energy Stocks Lead a Rally as the Price of Oil Climbs

U.S. stocks mounted a broad rally on Monday, snapping a three-day losing streak as investors moved past concerns that the terrorist attacks in Paris could spell big trouble for the global economy.

Oil and gas stocks were among the biggest gainers as the price of crude rose. Traders also bid up shares in defense contractors, while travel-related stocks slumped.

The gains followed a mixed day in European markets, which shook off an early loss and ended mixed.

Friday’s attacks in Paris, which killed 129 people, are not likely to negatively affect the economies of the U.S. or Europe, said Scott Wren, senior global equity strategist for Wells Fargo Investment Institute.

“It all comes down to, are consumers going to be staying at home and not out spending money because they’re afraid that if they go anywhere they’re going to be victims of a terrorist attack,” Wren said. “That might be the case if you saw a series of these things, but hopefully that’s not what’s going to happen and the economy is not going to be affected.”

The market action got off to a somber start as the New York Stock Exchange paused to observe a moment of silence shortly before the start of regular trading.

The major market indexes started lower but rebounded within the first 10 minutes as investors piled into consumer staples stocks, a category that includes Coca-Cola and household products maker Procter & Gamble. Stocks wavered for a while, but began to climb steadily by midday as crude oil prices perked up, pushing up energy stocks.

The energy sector in the S&P 500 surged 3.3 percent, far more than the rest of the market.

The energy sector has been the biggest laggard among industries this year, down 14.9 percent, as the slide in oil prices has deepened.

The prospects of stepped-up military action to counteract terror threats helped give defense contractors a boost.

At the same time, traders moved to unload some travel-related stocks.

The attacks may make it even more likely that the European Central Bank will expand its stimulus program at the conclusion of its December meeting, some analysts said. Some speculate that the Federal Reserve could also hold off on raising rates next month.

“At this juncture, it is easy to see that the Fed’s intentions to ‘normalize’ monetary policy could be derailed by a combination of adverse domestic economic and external events,” said Neil MacKinnon, global macro strategist at VTB Capital.