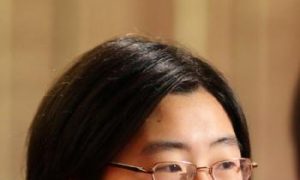 Chinese Student: 'I have never seen such performances in mainland China'
0 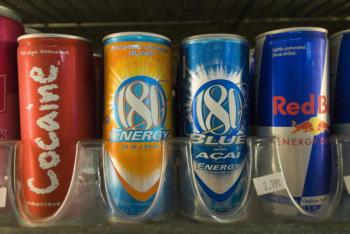 By Cassie Ryan
Print
The safety of energy drinks is being questioned following a study published in the journal of Pediatrics last week.

Lead researcher Dr. Steven Lipshultz, from the University of Miami Miller School of Medicine, said in a press release that “routine energy drinks usage by children and teenagers should be discouraged” until further research establishes their safety.

"Across the world there are signs that for some people who consume these drinks, there are side effects," Lipshultz said, according to Reuters. "The incidence is low, but in certain groups that pediatricians care for there may be higher risks," he added.

The study noted that energy drinks are the fastest growing commodity in the U.S. beverage market with children and young adults comprising half the consumers.

Energy drinks are marketed as nutritional supplements, but they contain stimulants like caffeine and guarana that can be harmful when consumed in large quantities and could even lead to seizures, stroke, or death, according to the study.

"What most people don't realize is the amount of caffeine they contain. In marketing, these products mention things like 'contains fruit juice, contains B vitamins and ginseng, improves performance,'" Price said, according to the Standard-Examiner. "What many people, including parents, don't realize is that some of these drinks are equivalent to drinking nine cans of Coke. Most of them also contain guarana, an herb that is also a stimulant."

Dr. Dana Vieselmeyer of the Pediatric Nutrition Practice Group of the American Dietetic Association said the study “highlights that consumption of energy drinks goes beyond the dangers of excess caffeine consumption, especially for children and adolescents, due to the supplemental additives these drinks contain and the unknown dangers of those in combination with caffeine and other medications,” according to Medscape Medical News.

“The fact that there is no known safe dose of any of those additives, or of caffeine, poses a risk," Vieselmeyer added in the report. "Until further research is conducted, clinicians should make it standard practice to assess energy drink consumption when seeing their young patients and also to educate the patient and families on the dangers of energy drink use—advising against its consumption.”

Dr. John Higgins, from the University of Texas Medical School in Houston, told Medscape it is "frightening" that a child can walk into a store and buy energy drinks.

“The medical profession, in a global manner, needs to alert our patients to the dangers of these seemingly innocuous drinks and continue to advocate for strict control or overall removal,” Higgins said.