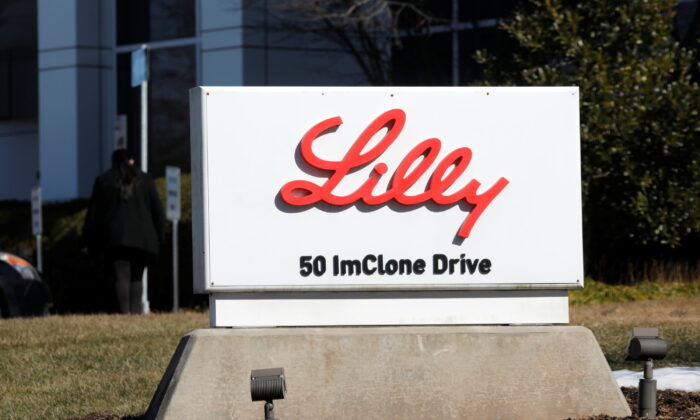 A sign is pictured outside an Eli Lilly and Company pharmaceutical manufacturing plant at 50 ImClone Drive in Branchburg, New Jersey, on March 5, 2021. (Mike Segar/Reuters)
Companies

Eli Lilly and Co. said on Wednesday it plans to make its COVID-19 antibody drug commercially available to U.S. states as well as hospitals and other healthcare providers from August.

The drug, bebtelovimab, had received authorization in the United States in February for the treatment of mild-to-moderate COVID-19 among adults and children.

Eli Lilly entered an agreement in June to supply an additional 150,000 doses of the drug to the U.S. government.

The U.S. government will exhaust their supply of bebtelovimab as early as the week of August 22 and, without congressional appropriations, does not have the funds to purchase more, Lilly told Reuters.

Lilly would make bebtelovimab commercially available through a sole distributor beginning the week of Aug. 15, the company said.

This will be done under the existing emergency use authorization, Lilly said, adding that it currently does not plan to pursue full approval for bebtelovimab.