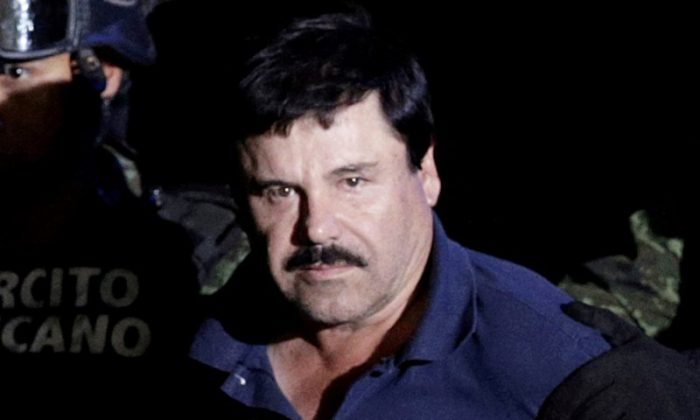 Recaptured drug lord Joaquin "El Chapo" Guzman is escorted by soldiers at the hangar belonging to the office of the Attorney General in Mexico City, Mexico Jan. 8, 2016. (REUTERS/Henry Romero/File Photo)
US News

U.S. District Judge Brian Cogan in Brooklyn said the delay was warranted by the “voluminous” evidence that prosecutors handed over on July 3. He denied a request by Guzman’s lawyer, Eduardo Balarezo, to bar prosecutors from using evidence that they had not produced by June 26.

Jury selection had been scheduled for Sept. 5. In a court filing last week, Balarezo had said prosecutors’ late production of evidence “obliterates any semblance of due process and Mr. Guzman’s ability to have a fair trial.”

Balarezo said in an email Monday that Guzman was “highly disappointed” with the decision, believing that the trial should have been delayed five months.

“He believes that the prosecution is purposely playing games in an effort to deny him a fair trial and trusts that an impartial jury will see through the smoke and mirrors at trial,” Balarezo wrote.

Guzman, 61, has been in solitary confinement since being extradited to the United States from Mexico in January 2017 to face drug trafficking and conspiracy charges.

He was known internationally as the head of Mexico’s Sinaloa Cartel, though Balarezo said at a hearing last month that he planned to show Guzman played a lesser role.