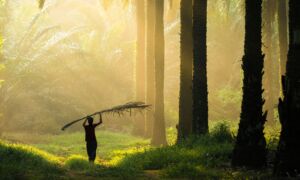 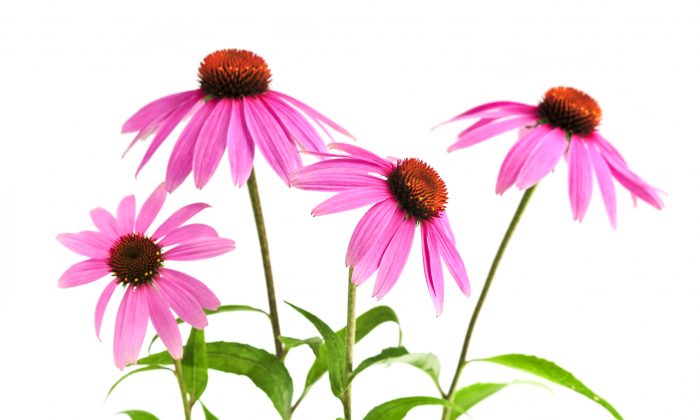 Among those herbs that have come into Western use relatively recently, echinacea is without doubt a standout.

This herb’s reputation as a powerful aid to the immune system is well-deserved. In the years to come, echinacea’s usefulness will only grow as our immune systems become ever more compromised as a result of drug abuse and the increasing threat of antibiotic-resistant infections.

Echinacea was probably the most important medicinal plant used by Native Americans. Its use is well-documented among nearly all the Plains tribes, including the Omahas, Dakotas, Kiowas, Pawnees, Cheyennes, Crows, and Comanches.

The herb has been employed by Native Americans not only historically but also up to the present day for a variety of ailments, including sore throats, coughs and colds, toothache, snakebite, and pain. It has been used both preventatively and as a corrective for venereal infections.

There are even reports of its use as far south as Mexico, far beyond its natural range and probably as a result of trade between Mexican Indians and the Native Americans of the southern prairie.

Because echinacea is claimed to be effective against such a long list of different conditions, it has at times suffered suspicion due to what seem to be overly enthusiastic claims.

However spectacular the results from treatment with echinacea may be, its uses are both narrow and specific. Echinacea is specifically indicated whenever there is pus present in the body.

Pus builds up around the source of an infection and is a sign that the immune system is mounting a defense.

Anything from viruses, bacilli, staphylococcal bacteria, and spirochetes can cause pus to accumulate around the source of infection. Perhaps the most dangerous of all infections is septicemia, or blood poisoning, which can result from a hospital staph infection, infected wound, or a malarial mosquito bite. The toxins that are introduced into the blood from such an infection can be lethal.

This is where echinacea is such an effective herb and where an herbalist will prescribe it preventatively. A potentially deadly condition can be quickly brought under control by an immune system that has been strengthened by the herb’s unique properties.

Echinacea has a proven and unique ability to guard against secondary infection by assisting the immune system in a speedy and complete removal of toxic waste products that are produced by viral or bacterial infection. A complete removal of such waste also protects against disease occurring years later at the site of the infection.

Echinacea also goes on the list of herbs to be taken preventatively while traveling in the developing world, where there is a heightened risk of infection from tropical parasites or malarial mosquitoes.

The herb is now popularly marketed as an immunity booster, which can prevent and lessen the duration of the common cold. It is sold in the form of pills, tinctures, and a drink.

Its most therapeutic properties, however, are extracted only by alcohol. If you think this herb may be of benefit to you, it is best to consult a professional herbalist who has the training and experience in its specific uses and contra-indications.

Use by Western Physicians

There are three varieties used for medicinal purposes: E. purpurea, E. angustifolia, and E. pallida. All three species are endemic to the tall and mid grass prairie, glade habitats, and open woodlands of North America.

Echinacea angustifolia was the earliest species to be used by Western physicians and was introduced by the American folk doctor H. C. F. Meyer.

Dr. Meyer had no doubt learned of its use from the local Native Americans and had been successfully using the plant for 16 years when he first introduced it to other physicians. By 1897, E. angustifolia had become widely used by Eclectic physicians (a group of doctors who emphasized the use of medicinal plants in their practice) as well as “regular” doctors.

By the turn of the 20th century, echinacea was also very popular among European herbalists and homeopaths and by the 1920s had become the most prescribed medicine from an American plant.

Its popularity declined with the introduction of antibiotics and sulpha drugs. But with the renewed interest in herbal medicine since the 1980s, echinacea saw a steady rise in popularity and was again the highest-selling medicinal herb in the United States between 1995 and 1999.

Due to extensive harvesting of wild populations of echinacea for herbal products and widespread conversion of the North American grasslands for agricultural purposes, two species of echinacea are now listed as endangered.

It has become apparent in recent years that the current level of commercial exploitation is unsustainable, and increased conservation and restoration of wild grass prairie is required. Meanwhile look for echinacea products that are sourced from sustainable agriculture.

It’s important to note that echinacea is never prescribed in a support mixture for leukemic patients.