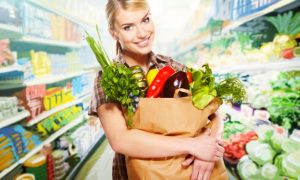 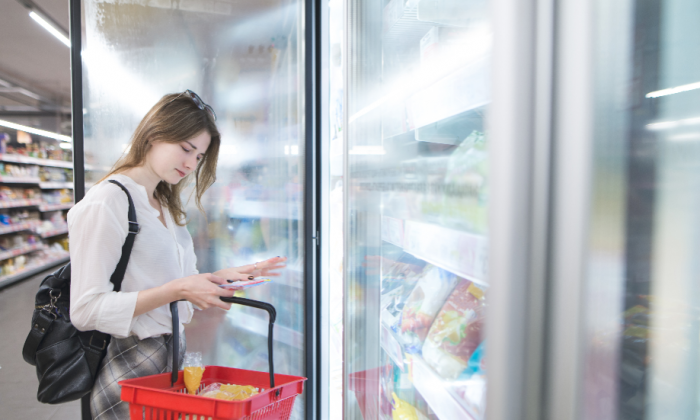 However, according to a recent study conducted by French researchers, for every 10 percent increase in the amount of ultraprocessed foods we eat, there is a 14 percent higher risk of early death.

Ultraprocessed foods are defined as “manufactured industrially from multiple ingredients that usually include additives used for technological and/or cosmetic purposes,” wrote the authors of the study, published on Feb. 11 in the journal JAMA Internal Medicine.

“Ultraprocessed foods are mostly consumed in the form of snacks, desserts, or ready-to-eat or -heat meals.”

Over the course of about seven years, the researchers examined nearly 45,000 French adults aged 45 and older, who provided 24-hour dietary records and completed questionnaires about their health, physical activities and sociodemographics.

A total of 602 participants died during the course of the study. Upon analyzing these data and adjusting for factors such as smoking, they calculated a 14 percent higher risk of early death for each 10 percent increase of ultraprocessed foods consumed.
Still, the authors stated that more testing in other populations was needed to better confirm their findings.

By definition, processed foods are simply ones that have been highly altered from their original forms during preparation. Most foods we eat are processed in some way. Cider is obtained from pressing apples; ground beef has been ground in a machine; butter is cream that has been separated from the milk. Just because something has gone through a process doesn’t mean it’s unhealthy to eat.

“Ultraprocessed foods” are typically chemically pressed foods, containing little, if any, food that’s present in its whole or natural state. Instead, these products are made up of a multitude of more processed food ingredients, including generally high levels of sugar, salt, oil, and fats, along with various food additives.

They’re designed to be convenient, highly palatable, inexpensive, and have a long shelf-life. Nutrition usually isn’t a primary concern in their production.

1. They don’t have enough fiber.

Dietary fiber, found mainly in fruits, nuts, vegetables and whole grains, isn’t digested by your body. Unlike other food components such as fats or carbohydrates, fiber can’t be break down and absorbed. Instead, it passes your stomach, small intestine and colon and out of your body.

The fact that fiber is mostly left intact is a good thing as it creates a protective barrier in your intestines and colon, reducing your risk for colon cancer. Fiber also acts to slow the rate of digestion, which can slow the rate of sugar being absorbed in the bloodstream, keeping your blood sugar from rising too fast.

Comparing with regular foods, ultraprocessed foods contain too little fiber. Insufficient fiber can increase your risk of colon cancer, as well as other serious health issues.

2. They have too much trans fat.

Trans fat is known as the worst type of dietary fat. It is a byproduct of a process called hydrogenation that is used to turn healthy oils into solids and to prevent the food from tasting old.

Trans fats have no known health benefits and that there is no safe level of consumption. Although the FDA has introduced new regulations that require trans fats to be removed from packaged and restaurant foods by June 2018, the ingredients are still currently found in processed foods.

3. They have too much salt.

It shouldn’t be so surprising that ultra-processed foods contain more salt than regular foods. Excess sodium increases blood pressure because it holds excess fluid in the body and creates an extra burden on the heart, increasing your risk of stroke, heart failure, and kidney disease.

In fact, about 75% of sodium in Americans’ diets comes from processed or prepared foods, instead of salt they add at the table. No wonder why 1 in 3 people in the US develop high blood pressure in their lifetime.

4. They have too much omega-6 fatty acid.

Omega-6 is a fatty acid that can be found in bakery frosting, corn oil and vegetable oils used in a lot of American foods. Omega-6 plays a crucial role in regulating metabolic function and maintaining healthy skin, hair and bones.

Eating omega-6s is not necessarily bad, but too much omega-6 can raise your blood pressure and lead to blood clots that can increase the risk of having heart attack and stroke.

5. They have too little omega-3 fatty acid.

A diet overly rich in omega-6, however, can prevent the body from metabolising omega-3, negating its amazing anti-inflammatory properties. Ideally, we will consume equal amounts of omega-3 and omega-6 fatty acids.

Unfortunately, most of us are consuming way more omega-6s than omega-3s. In fact, the Americans consume almost 20 times as much omega-6 as omega-3. An imbalance in omega-3 and 6 intake can accelerate the development of cancer cells, raise blood pressure, increase the risk of obesity, heart attack, and stroke.

6. They have too much branched-chain amino acids.

Branched-chain amino acids (BCAA) are known as building blocks of proteins. Your body uses BCAAs to grow muscles and repair tissues. Your body can’t produce BCAAs on its own, so you’ll need to get them from diet. That’s why a lot of athletes and body builders take BCAA supplements to enhance performance and endurance.

When you take too much BCAAs, however, it becomes more difficult for your kidneys to regulate the body’s acid-base balance. Excess BCAAs will have to be broken down and eliminated because the body doesn’t store them for future use. As a result, the levels of ammonia and urea in your blood increase, forcing the kidneys to work extra hard to filter more blood.

7. They have too many nitrates.

Nitrates are naturally occurring chemical compounds. But they’re most commonly known as a preservative used in processed meats like ham, bacon, and sausages. Nitrates themselves aren’t a bad thing. It’s those linked to processed meats that can be problematic, since there’s a link between processed meats and an increased risk of colon, gastric and esophageal cancer, as well as heart disease.

It’s not that you have to cut your favorite deli sandwich out from your life, but the best thing to do is follow a well-balanced diet, and don’t eat processed meat more than a few times per week.

8. They have too much fructose.

Fructose is a sugar that makes up 50% of table sugar. The other half of table sugar is glucose. While glucose is so essential for life that your body will manufacture it if needed, there is not even one human biochemical reaction that requires fructose from the diet. The only place in the body that fructose is physiologically necessary is in semen, and the fructose there is made by the body out of glucose.

Every cell in the body can directly use glucose, but fructose can be only metabolized by the liver. High fructose intake likely means the liver going into overdrive to turn the fructose into fat. That’s why medical scientists believe that excess fructose consumption can be a key driver of obesity, type 2 diabetes, heart disease and even cancer.