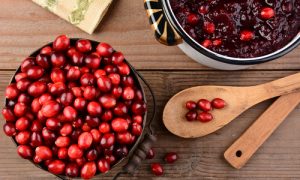 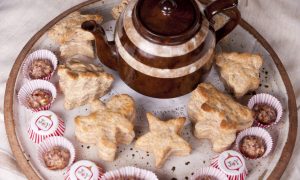 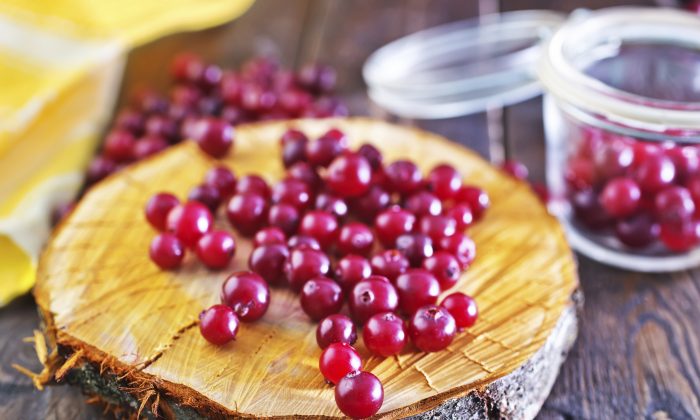 If your Thanksgiving included cranberries, you did your health a favor. (tycoon751/iStock)
Chinese Medicine

Thanksgiving is coming up, and cranberry sauce is a staple of a traditional Thanksgiving feast.

Did you know that cranberries have enormous health benefits? To name just a few, they are very helpful in treating and preventing urinary tract infections, are a powerful antioxidant, and help prevent cancer.

How does cranberry juice help prevent urinary tract infections? It acidifies the urine, contains an antibacterial agent called hippuric acid, and also contains other compounds that reduce the ability of E. coli bacteria to adhere to the walls of the urinary tract.

Before an infection can start, a pathogen must first latch onto and then penetrate the mucosal surface of the urinary tract walls, but cranberries prevent such adherence, so the E. coli is washed away in the urine and voided. Since E. coli is pathogen responsible for 80–90 percent of urinary tract infections, the protection afforded by cranberries is quite significant.

Cranberry’s protective effects against bladder infections may be dose-responsive, with 8 ounces of cranberry juice being twice as effective as 4 ounces, according to preliminary research presented at the 42nd Annual Meeting of the Infectious Diseases Society of America by Kalpana Gupta from the University of Washington.

Laboratory studies published in the October 2004 issue of the Journal of Science, Food and Agriculture have shown that a phytonutrient isolated from cranberries is effective against the herpes simplex virus (HSV-2), the cause of genital herpes.

Delegates at the 2002 American Chemical Society meeting and Experimental Biology Conference were informed about cranberries’ ability to act as a natural probiotic, supporting the health-promoting bacteria that grow in the human gastro-intestinal tract while killing off the bacteria that promote infections and foodborne illnesses.

Protecting Even Individuals with Atherosclerosis against Heart Attacks

Cranberry juice ranked among the highest in antioxidant activity

Also at the 2002 national meeting of the American Chemical Society, Catherine Neto, assistant professor at the University of Massachusetts-Dartmouth, presented research on several newly discovered compounds in cranberries that were toxic to a variety of cancer tumor cell lines, including lung, cervical, prostate, breast, and leukemia cancer cells.

The Cornell study mentioned above, which confirmed cranberries as having the highest levels of antioxidants among common fruits, also found that cranberries had the strongest ability to inhibit the proliferation of human liver cancer cells.

Jennifer Dubowsky, LAc, is a licensed acupuncturist with a practice in Chicago. She earned her Bachelor of Science degree in Kinesiology from University of Illinois in Chicago and her Master of Science degree in Oriental Medicine from Southwest Acupuncture College in Boulder, Colorado. Dubowsky completed an internship at the Sino-Japanese Friendship Hospital in Beijing, China. She maintains a blog about health and Chinese medicine at Acupuncture Blog Chicago. Adventures in Chinese Medicine is her first book. You can find her at www.tcm007.com.