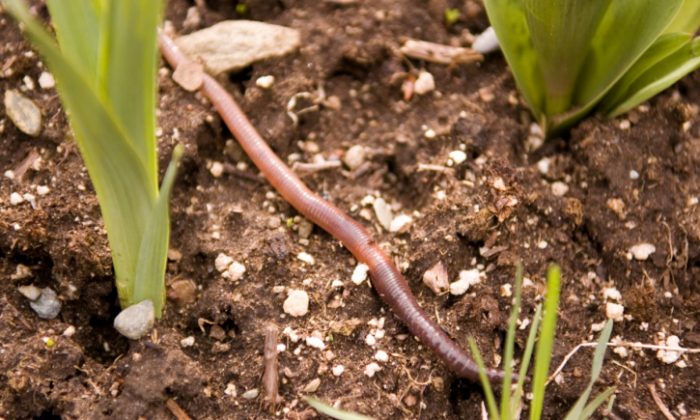 These electronic components can be used in technologies like LEDs and photovoltaic cells. Quantum dots act like dyes in biological imaging as they glow at certain wavelengths.

The worms are actually detoxifying their systems to remove the metals via their chloragogen cells, which function rather like the liver in mammals.

A research team at King’s College in London put cadmium chloride and sodium tellurite in the test worms’ soil, and they created crystals of cadmium telluride, which glow green in blue light.

“The interesting bit is that semiconductor quantum dots, which emit light, were made in a living animal,” study co-author Mark Green told Livescience via email.

“The aim of the work wasn’t to come up with a new synthetic process of making dots that are better than bench-synthesized materials, it was just to see if we could do solid-state chemistry in a living animal—and it appears we can!”

Although the worm-produced dots are not of the same quality as those made in the lab, the team hopes to improve them.

“We’d like to think we can play around with some of the chemistry and make them better,” Green added.

The results were published in Nature Nanotechnology on Dec. 23.