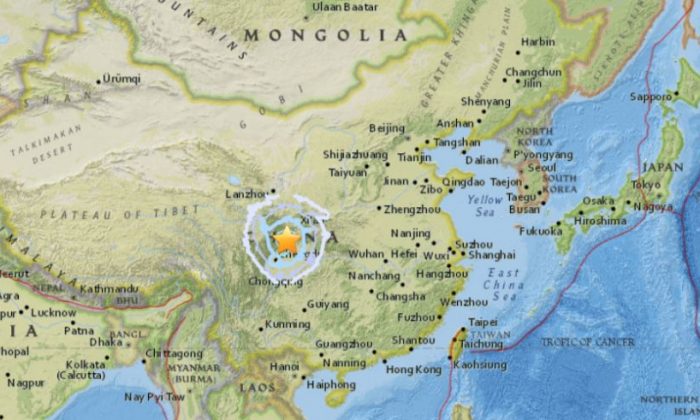 A 5.5 magnitude earthquake rattled southwestern China’s Sichuan province on Saturday, part of the country frequently struck by temblors, with initial reports of only minor damage and no reports of casualties.

People close to the epicentre said on Chinese social media that they felt shaking, and some posted pictures of people rushing outside of buildings.

State media showed pictures of tiles having fallen off walls, bottles toppled over and in one rural area some rocks having fallen onto roads and what appeared to be a small collapsed barn.

The official Xinhua news agency said there were no reports yet of any injuries or deaths.

The Sichuan government said several rail services had been suspended for safety checks, but that it had not received any reports of power being cut off in any parts of the province.

It also showed pictures from Qingchuan county, the quake’s epicentre, with everything looking as normal and with no damage.

The quake hit a mountainous area between the cities of Guangyuan and Mianyang.

Sichuan is often struck by tremors. A huge quake there in 2008 killed almost 70,000 people.

In August, a 7.0-magnitude earthquake struck a remote part of the same province near a popular tourist area, killing 20 people and injuring around 500, many of them in landslides.