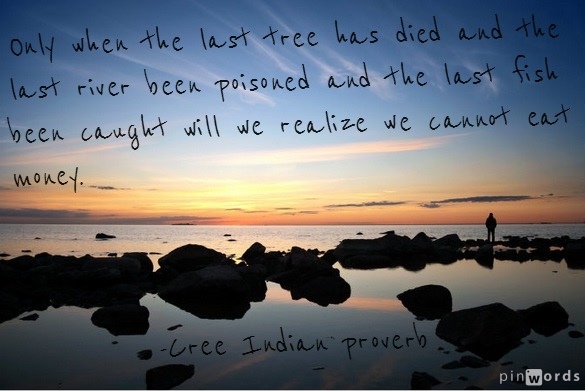 On Saturday from 8.30-9.30 p.m. local time across the world, many people will turn out their lights as part of a campaign to raise awareness about climate-change. Earth Hour started in 2007 and has been growing ever since. Here are some quotes to inspire as we reflect upon our role as caretakers of Earth.

*Image of a sunset via Shutterstock