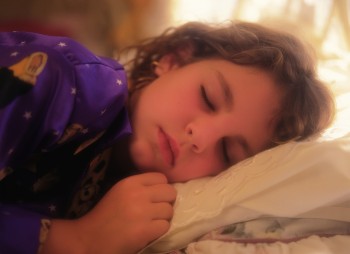 “Late bedtimes and late wake-up times are associated with an unfavorable activity and weight status profile, independent of age, sex, household income, geographical remoteness, and sleep duration,” reads the abstract of the study, which was published in the journal SLEEP on Oct. 1.

A team of scientists from Adelaide studied a total of 2,200 Australian adolescents, aged 9 to 16 years old, using time interviews and pedometers.

Despite similar sleep durations, late-rising and late-sleeping adolescents were observed to undertake 27 minutes less daily physical activity than the early risers and early sleepers, who went to bed 70 to 90 minutes earlier and woke up 60 to 80 minutes earlier.

“Scientists have realized in recent years that children who get less sleep tend to do worse on a variety of health outcomes, including the risk of being overweight and obese. Our study suggests that the timing of sleep is even more important.”

“It is widely accepted that the sleep patterns of adolescents are fundamentally different from children and adults, and that it is normal for adolescents to stay up very late and sleep in late in the morning,” Maher said.

“Our findings show that this sleeping pattern is associated with unfavorable activity patterns and health outcomes, and that the adolescents who don’t follow this sleep pattern do better.”

Interestingly, late risers tended to live in major cities with lower household incomes, had fewer siblings, and had part-time jobs.