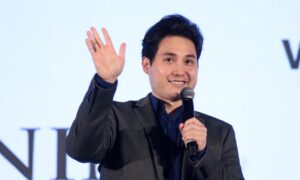 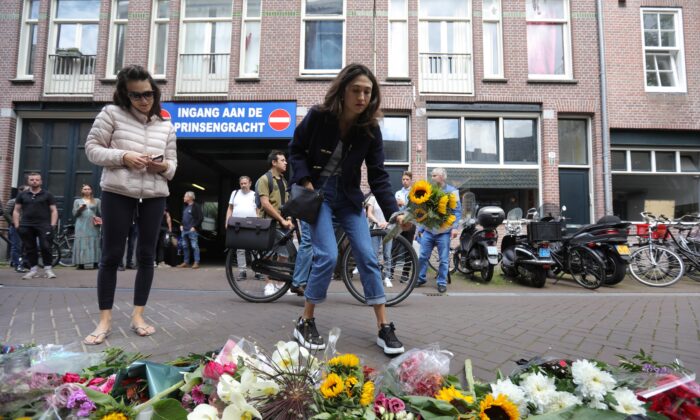 AMSTERDAM—The shooting of journalist Peter R. de Vries is “a nightmare come true” for his family, his son said on Wednesday as support flooded in for the top Dutch crime reporter who was critically injured in an attack.

De Vries, 64, was shot on an Amsterdam street on Tuesday evening. He was taken to a hospital, where he was fighting for his life, Amsterdam Mayor Femke Halsema said.

His son, Royce de Vries, said on Twitter: “Our worst nightmare came true yesterday. We as a family are surrounding Peter with love and hope during these hard times.”

Much is uncertain, he said, giving thanks for the outpouring of public support.

Police on Wednesday said two men arrested on a highway shortly after the shooting, one of them a Polish national, would remain in custody, while a third person had been released.

Gun violence is rare in the Netherlands, but killings linked to the drug trade have become a fixture as underworld figures compete for territory. In 2019, a lawyer in a high-profile drug case in which De Vries was acting as an adviser to the star witness was gunned down in front of his Amsterdam home.

Well-wishers laid flowers and lit candles at the scene of the attack, just outside a downtown Amsterdam television studio where De Vries had been giving an interview about a recent case.

De Vries began as a newspaper crime reporter and became known for his 1987 book “The Heineken Kidnapping” reconstructing the abduction of beer magnate Freddy Heineken.

Kidnapper Willem Holleeder was convicted in 2014 for threatening De Vries, who helped the police solve cases for which Holleeder was ultimately sentenced to life in prison.

De Vries also won an international Emmy Award for his work investigating the disappearance of U.S. teenager Natalee Holloway in Aruba in 2005.

For 17 years he had his own television program, in which he often worked with victims’ families and tirelessly pursued unsolved cases.

The Netherlands’s King Willem-Alexander condemned the shooting as an attack on democracy that had shocked him deeply.

“This is an attack on journalism, a cornerstone of our rule of law,” King Willem-Alexander told reporters during a state visit to Berlin. “And as such it is an attack on our constitutional order.”

The Dutch royal house does not generally comment on individual incidents, so the king’s remarks were a sign of De Vries’s standing.

Natalee Holloway’s mother Beth, who worked closely with De Vries on the investigation of her daughter’s disappearance, told Dutch broadcaster SBS she was “devastated” by the news of the attack.

“I am trying desperately to get through to his family,” she said. “I am shocked.”