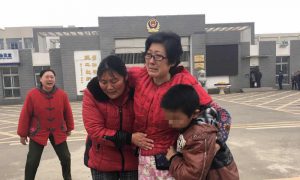 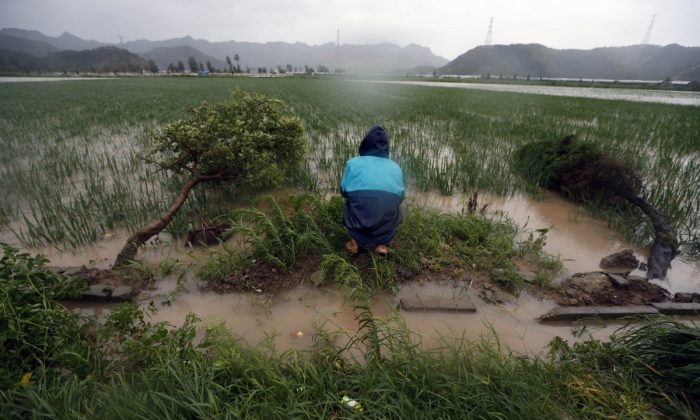 A man recorded himself abusing his youngest son in an attempt to threaten his wife to come back to him. The father has admitted to the police that he both recorded and shared the videos on social media, and was detained on May 29.

The father, surnamed Mao, 29, first shared the videos on WeChat, the largest chat app in China, on May 24, according to Chinese online news outlet The Paper.cn. All media reports that covered the story said that the boy had no serious injuries, and the mother was said to be in another province.

The videos were recorded in Wenzhou City of Zhejiang Province.

The video below is a compilation of the abuses and contains an interview with a woman, surnamed Chen, who is the president of the local “All-China Women’s Federation.” The federation, which is affiliated with the Chinese Communist Party, supposedly promotes women’s rights in China.

The organization took away Mao’s three children and sent them to a safe place, but did not disclose the location.

A Twisted Attempt to Bring Back His Wife

An unidentified employee at the women’s federation said this was Mao’s second marriage. “The man had two children from his first marriage,” the woman told Global Videos, an online media outlet in China. “The child in the video came from the second marriage. The wife may have had some conflict with him and decided to leave home.”

“Then he recorded the video, and it seems he said, ‘if you don’t come back I’ll beat our child.'”

The woman said that Mao was not detained right away because there was no one to take care of his children, according to Global Videos.

Mao’s wife was suspected to be in the southern province of Guangdong, but was not contacted in the reports.

Despite the cruelty shown in the video, Chen, the president of the local Women’s Federation, suggested that Mao was even more cruel to the elder two children. “His eldest child is 10, the second child is 8, and the third child is 3,” Chen told Chinese online media outlet The Paper.cn. Of the elder two children, one is a boy and the other is a girl, the report said.

“Their neighbor said that he doesn’t often beat the youngest child. [But] the older two he beats them more often,” Chen said.

After the videos were shared online, Chen and other women from the federation went to Mao’s home to speak with the youngest boy. They asked the child if he had been beaten, and the boy vaguely confirmed the question. When they looked for injuries, Chen said that they were only bruises and “weren’t that serious,” according to The Paper.cn.

Mao may have been drunk when he beat his son.

“When he was being beaten, it seemed the boy was running for his life. He said his father was drunk,” Chen told the Paper.cn. “[He] intentionally beat the child, recorded the video, and gave it to his wife.”

Mao was later detained on May 29 and admitted to abusing his child and recording the videos.

The reports did not indicate where the children are now staying after the federation took them away from their father.