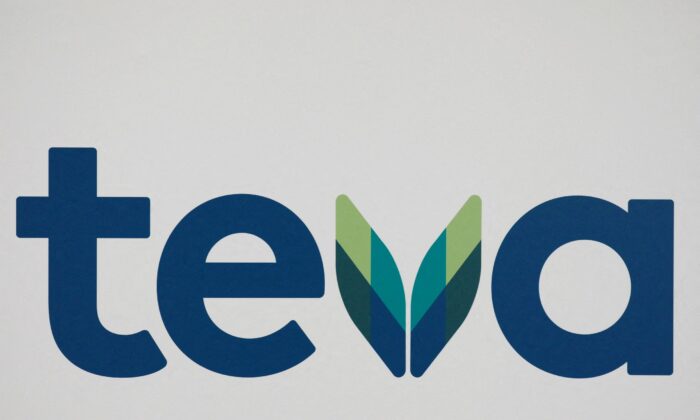 NEW YORK—Teva Pharmaceutical Industries Ltd fueled opioid addiction in New York state, a jury found on Thursday, a setback for a company still facing thousands of other opioid-related lawsuits around the United States.

The verdict, which followed a nearly six-month New York state court trial in a case brought by the state and two of its counties, does not include damages, which will be determined later. The jury deliberated more than eight days before reaching a verdict.

Teva shares, which had been trading higher, fell more than 7 percentage points in New York following the decision. In afternoon trading they were down 40 cents, or 4.7 percent, at $8.03.

New York Attorney General Letitia James called the outcome “a significant day” for the state and for “every family and community torn apart by opioids.” Jayne Conroy and Hunter Shkolnik, who represent Suffolk and Nassau counties respectively, also hailed it as a “massive victory.”

In a statement, the company said: “Teva Pharmaceuticals strongly disagrees with today’s outcome and will prepare for a swift appeal as well as continue to pursue a mistrial.” It said the state and counties presented “no evidence of medically unnecessary prescriptions, suspicious or diverted orders.”

New York and the counties had accused the Israel-based drugmaker of engaging in misleading marketing practices that fueled opioid addiction in the state, including by pushing drugs for off-label use.

They focused on Actiq and Fentora, cancer pain drugs made by Cephalon Inc., a company Teva bought in 2011, as well as generic opioids sold by Teva.

The New York lawsuit is one of more than 3,300 filed by state, local, and Native American tribal governments across the country accusing drugmakers of minimizing the addictiveness of opioid pain medications, and distributors and pharmacies of ignoring red flags that they were being diverted into illegal channels.

The judge in the case is still considering a request Teva made for a mistrial after a lawyer for the state cited an inaccurate statistic about opioid prescriptions in his closing argument. If the verdict stands, it could put pressure on Teva to reach a nationwide settlement with other states and local governments over opioid claims.

The evidence at trial included a parody video made for a Cephalon sales meeting in 2006 in which the villain, Dr. Evil from the “Austin Powers” films, talks about promoting the drugs for non-cancer pain, and another video, based on a courtroom scene in the film “A Few Good Men,” in which a Cephalon employee tells a lawyer played by Tom Cruise that he “can’t handle the truth” about what sales representatives need to do to meet quotas.

Teva at trial attributed a surge in opioid prescriptions to a change in medical standards of care emphasizing pain treatment beginning in the 1990s.

It also said that its opioid sales complied with federal and New York state regulations. The jury found the state partly to blame, assigning it 10 percent responsibility.

U.S. officials have said that by 2019, the health crisis had led to nearly 500,000 opioid overdose deaths over two decades. More than 100,000 people died from drug overdoses during the 12-month period ending April 2021, the U.S. Centers for Disease Control and Prevention said in a report in November, a record driven in large part by deaths from opioids like fentanyl.

Other defendants in the case settled before or during trial—major pharmacies, distributors McKesson Corp., AmerisourceBergen Corp., and Cardinal Health Inc., and drugmakers Johnson & Johnson, Endo International Plc, and AbbVie Inc. AbbVie’s settlement, for $200 million, came at the very end of the trial, on the day of closing arguments.

The settlement with J&J and the distributors was part of a nationwide deal worth up to $26 billion. Teva did not take part in that deal.

Teva previously prevailed in a similar case when a California judge on Nov. 2 ruled that it and other drugmakers were not liable in a lawsuit brought by several counties in the state.

OxyContin maker Purdue Pharma filed for bankruptcy in 2019 and had hoped to resolve a flood of lawsuits over the painkiller through a deal in which the company’s former owners, the Sackler family, would pay $4.5 billion in exchange for immunity from future lawsuits. However, a federal judge on Dec. 17 scrapped the deal, a decision the company was expected to appeal.