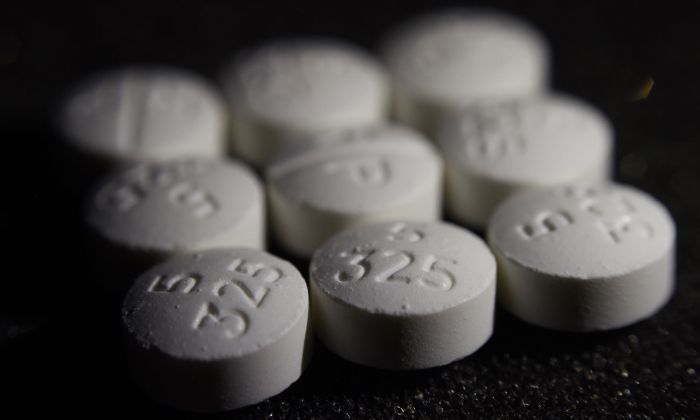 NEW YORK—The state of New York and two large counties agreed Thursday to a $50 million deal to end their lawsuits with drugmaker Endo International, in the latest of a progression of settlements of government claims over the opioid addiction and overdose crisis.

Under the deal announced Thursday night, the Dublin-based drugmaker and its subsidiary Par are to pay $22.3 million to the state attorney general’s office and $13.85 million to both Suffolk and Nassau counties.

Endo, which also settled claims recently with a group of local and county governments in Tennessee, admits no wrongdoing.

“This agreement ensures funding will be made available for critical abatement programs in a more expedited fashion,” Jayne Conroy, the lead lawyer for Suffolk County and co-lead counsel in a series of lawsuits across the country over opioids.

Conroy said a trial, which has been going on for about two months in New York, will continue against the remaining defendants, which include Teva Pharmaceuticals and Allergan Finance and their affiliates.

The plaintiffs say that companies improperly marketed opioids, downplaying the addiction risks, and that big shipments were not flagged as suspicious.

Johnson & Johnson settled just before the trial began, and the nation’s three largest drug distributions companies—AmerisourceBergen, Cardinal Health, and McKesson—have all since settled.

Those four companies have since announced a tentative $26 billion nationwide settlement deal that would take months to finalize.

Opioids, including prescription painkillers and illicit drugs such as heroin and illegally produced fentanyl, have been linked to more than 500,000 deaths in the United States over the last two decades.

As settlements are reached, it means companies are starting to fund drug treatment and education programs.

Other trials are queued up across the United States, including a federal trial next month over claims against pharmacies.