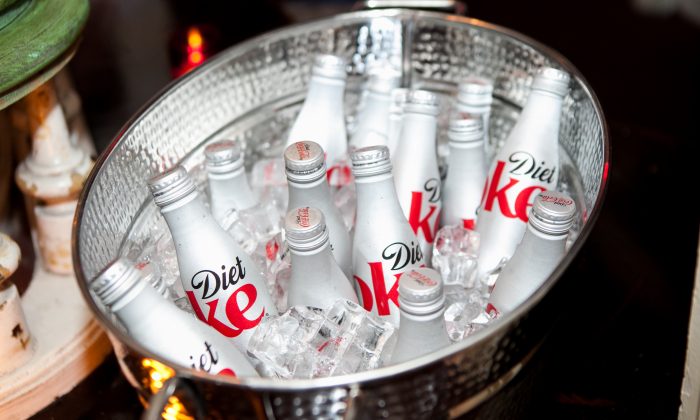 Diet drinks, according to researchers, include low-calorie and artificially sweetened drinks, sodas, teas, and fruit drinks.

“This is another confirmatory study showing a relationship between artificially sweetened beverages and vascular risks. While we cannot show causation, this is a yellow flag to pay attention to these findings,” said American Academy of Neurology President Dr. Ralph Sacco, reported CNN.

“What is it about these diet drinks?” asked lead study author Yasmin Mossavar-Rahmani, an associate professor of clinical epidemiology at Albert Einstein College of Medicine.

She noted: “Is it something about the sweeteners? Are they doing something to our gut health and metabolism? These are questions we need answered.”

The AHA said that children should drink water instead of diet drinks, UPI reported

“We don’t know specifically what types of artificially sweetened beverages they were consuming, so we don’t know which artificial sweeteners may be harmful and which may be harmless,” Mossavar-Rahmani said.

“Unfortunately, current research simply does not provide enough evidence to distinguish between the effects of different low-calorie sweeteners on heart and brain health. This study adds to the evidence that limiting the use of diet beverages is the most prudent thing to do for your health,” said Rachel K. Johnson, with the American Heart Association’s science advisory.

She added: “The American Heart Association suggests water as the best choice for a no-calorie beverage. However, for some adults, diet drinks with low-calorie sweeteners may be helpful as they transition to adopting water as their primary drink.”

More than 80,000 postmenopausal women took part in the Women’s Health Initiative study, and they were asked how often they drink a 12-ounce serving of diet drinks over a three-month period.

They were tracked for about 12 years each, CNN reported.

“Previous studies have focused on the bigger picture of cardiovascular disease,” Mossavar-Rahmani said. “Our study focused on the most common type of stroke, ischemic stroke and its subtypes, one of which was small-vessel blockage. The other interesting thing about our study is that we looked at who is more vulnerable.”