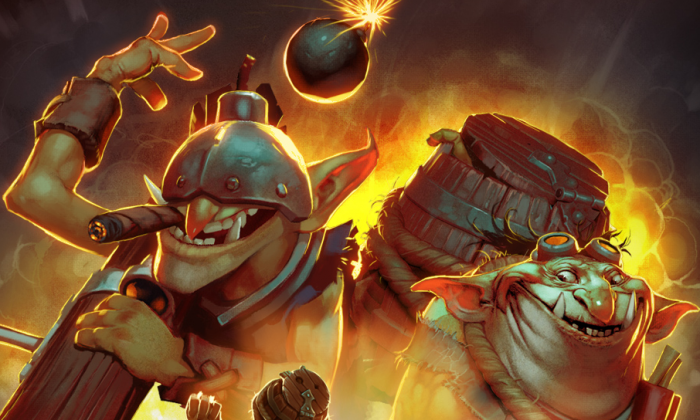 A legendary Dota hero is about to take the battlefield again.

Valve has said that Techies, an original Dota hero, will finally be making an appearance in Dota 2.

Gamers who played the Dota since its very early days will recall fondly abusing Techies Land Mines and Remote Land Mines to waylay unsuspecting foes jungling neutral creeps, or rushing out from the jungles to Suicide an opponent hero to get First Blood.

It seems like the Techies in Dota 2 will be very familiar to players, going by Valve’s description in a blog post:

“Dota 2 welcomes its most notoriously explosive personalities: Techies. Now every forest trail, every escape route, and every creep camp can become your most devilish trap. Of course, if your foe steps lightly (or has a Gem of True Sight, or upgraded their Necronomicon) they might dodge your well-placed mines, avoid your ensnaring stasis traps, and sidestep your hidden remote explosives. But even when they’re finally face-to-face with the giggling trio, they’ll still need to contend with your deadly suicide detonation. When Techies are around, nowhere is safe!”

Techies will get an Arcana item set in Dota 2 called “The Swine of the Sunken Galley.”

This set consists of 5 separate pieces, and will have custom animations, effects, sounds, and other features.

Valve says that Techies will be playable this week.