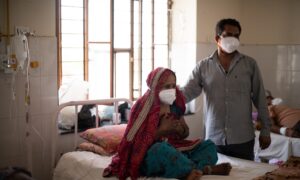 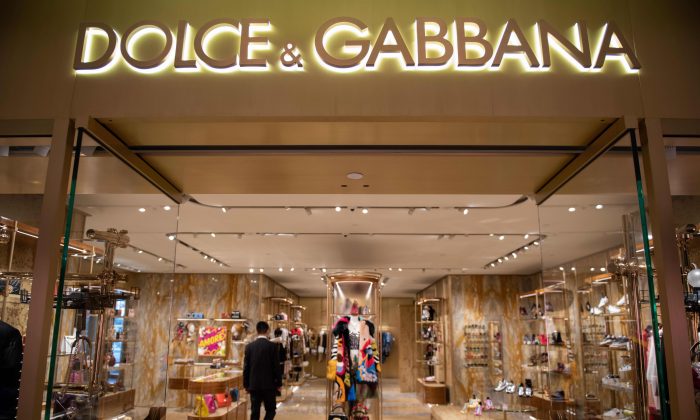 A man walks inside a Dolce & Gabbana shop in Beijing on November 22, 2018. Dolce & Gabbana cancelled a long-planned fashion show in Shanghai on November 21 after an outcry over racially offensive posts on its social media accounts. (NICOLAS ASFOURI/AFP/Getty Images)
World

SHANGHAI — Dolce & Gabbana canceled a fashion show in Shanghai on Wednesday, after a series of advertisements for the brand in which a Chinese woman struggles to eat pizza and spaghetti with chopsticks drew condemnation from Chinese celebrities and on social media.

The controversy was the number one topic on China’s Twitter-like Weibo platform, with more than 120 million reads by mid-afternoon, as celebrities, including “Memoirs of a Geisha” movie star Zhang Ziyi, posted critical comments about the brand.

Many users said they were annoyed by what they considered the patronizing tone of the narrator in the “Eating with Chopsticks” campaign.

Compounding the row over the advertisements were screenshots circulating online appearing to show designer Stefano Gabbana making disparaging remarks about China in an Instagram chat.

The luxury fashion brand said in an apology posted in Chinese on Weibo that Gabbana’s Instagram account had been hacked.

“We are sorry for the impact and harm these untrue remarks have had on China and the Chinese people,” it said.

However, D&G and Stefano Gabbana’s explanation has had little influence as the voice of netizens resisting D&G has been overwhelming, and the Chinese Communist Party’s (CCP) official media published widely spread commentaries gunning at the topic.

Some Chinese netizens, however, say that although the advertisements are strange, it is not as serious as claimed by the state media. Some suspect that it is a way for the CCP and its internet army to try to use Chinese people’s patriotism and their national consciousness to incite xenophobia and thus to distract the Chinese people’s attention from other dilemmas, such as the Sino-U.S. trade war.

A slate of celebrities, such as actress Li Bingbing and singer Wang Junkai, said they would boycott the Shanghai show.

Wednesday night’s show in Shanghai “has been postponed,” the company added, without elaborating or specifying if there would be a new date for the show. “We are deeply sorry for the inconvenience this has caused.”

Dolce & Gabbana co-founders Domenico Dolce and Stefano Gabbana said in a statement sent to Reuters that “our dream was to bring to Shanghai a tribute event dedicated to China.”

“What happened today was very unfortunate not only for us, but also for all the people who worked day and night to bring this event to life.”

The incident underscores the risks for global brands in China, where influential online citizens often respond rapidly to perceived cultural slights and can have a major impact on firms seeking to lure the country’s big-spending shoppers.

Sunny Chao contributed to this report