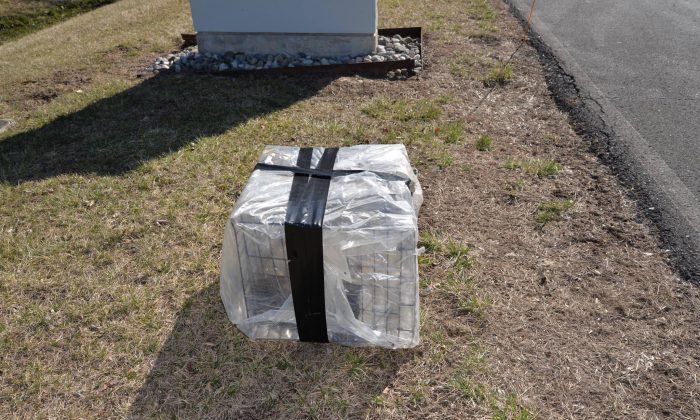 Authorities in Pennsylvania are investigating after finding a dead dog in a cage wrapped in plastic and sealed with tape.

The dog was found in the Willow Grove Section neighborhood, on Welsh Road, in the Upper Dublin Township Police Department said.

There was no need for this senseless act.
— Detective Michael Grommer

She was discovered inside a metal cage which had been wrapped in plastic and sealed with tape. Pieces of drywall were used as the bedding for the crate, the department said.

“There was no need for this senseless act,” Detective Michael Gommer told CBS, noting the puppy died of suffocation and had been there for a few days.

“We are currently seeking and analyzing surveillance video from the area, we are analyzing other evidence at the scene,” he added.

He said they were analyzing “finger print evidence and DNA evidence and hopefully we will have answers soon.”

Anyone with information regarding this investigation is asked to contact the UDPD Detective Division at 215-646-2101.