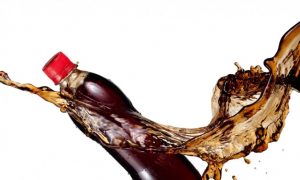 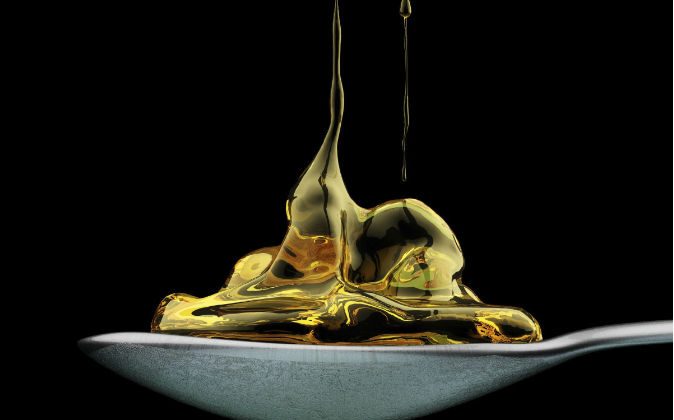 By University of Zurich
biggersmaller
Print

Fructose drives a molecular mechanism that can lead to cardiac enlargement and heart failure, report researchers.

“Walk through any supermarket and take a look at the labels on food products, and you’ll see that many of them contain fructose, often in the form of sucrose (table sugar),” says Wilhelm Krek, professor for cell biology at ETH Zurich’s Institute for Molecular Health Sciences.

In recent decades, fructose spread throughout the food market due to a reputation as being less harmful than glucose. In contrast to glucose, fructose barely increases blood glucose levels and insulin secretion. This avoids frequently recurring insulin spikes after any glucose consumption, which are deemed harmful. In addition, fructose tastes sweeter.

But there’s a downside: The liver converts fructose very efficiently into fat. People who consume too much high-fructose food can in time become overweight and develop high blood pressure, dyslipidaemia with fatty liver, and insulin resistance—symptoms that doctors group together under the name metabolic syndrome.

A new paper in Nature by Krek and team member Peter Mirtschink describes a more troubling side effect of fructose.

They discovered a previously unknown molecular mechanism that points to fructose as a key driver of uncontrolled growth of the heart muscle, a condition that can lead to fatal heart failure.

When a person has high blood pressure, the heart has to grow, as it is harder to pump the blood through the circulatory system. These growing heart muscle cells require a considerable amount of oxygen.

However, since not enough oxygen is available to adequately supply the increased growth, the cells switch to an alternative energy supply. Instead of drawing energy from fatty acids, they rely more on an anaerobic process called glycolysis—literally, the “splitting of sugars.” If the heart-muscle cells can access fructose in addition to glucose, this can set off a fatal chain reaction.

In the study, Krek’s research group demonstrates that a lack of oxygen in the heart cells cues the appearance of the HIF molecule. This is a universal molecular switch that flips whenever a pathological growth process is under way, such as cardiac enlargement or cancer.

KHK-C has a high affinity for fructose and can therefore process it very efficiently. The production of KHK-C also has a reinforcing effect on glycolysis. Since fructose metabolism doesn’t involve any negative feedback regulation, a vicious cycle starts that can lead to heart failure.

To investigate this mechanism, the researchers used mice and biological samples from patients with pathological heart enlargement accompanied by a narrowing of the aortic valve.

Samples of heart muscle cells taken by surgeons during heart operations provided the researchers with the means for proving that such cells really do have more HIF and KHK-C molecules. In mice that were suffering from chronic high blood pressure, the researchers turned off the KHK enzyme, which indeed inhibited enlargement of the heart.

In addition, the body also contains KHK-A, an enzyme very similar to KHK-C except that it has poor preference for fructose. Both these enzymes have the same genetic code; the difference between them comes from how a molecular cutting tool tailors their construction blueprint—their messenger RNA, which is a transcript of the relevant gene.

Depending on requirements, one of two blueprints can be generated from the same gene to produce either of two different enzymes. The expert term for this process is “alternative splicing.”

“About 95 percent of all human genes are alternatively spliced. It’s a major way to create the extraordinary variety of proteins, enzymes, and regulators in the human body,” explains Krek.

Normally, primarily liver cells produce the fructose-friendly KHK-C enzyme. Other organs produce almost exclusively KHK-A. Now for the first time, the researchers are showing that even an organ like the heart is capable of producing KHK-C, the more efficient of the two enzymes, if it is exposed to pathogenic stress factors.

In the process, HIF activates the molecular cutting tool, or splicing factor, SF3B1. This molecule is often genetically altered in many types of cancer, which possibly indicates that even the growth of cancer can be affected by fructose.

Large volumes of fructose are added to many foods, but especially to sweet beverages and soft drinks. This practice drove up per capita consumption of high fructose corn syrup in the United States between 1970 and 1997, from 230 grams (about half a pound) per year to over 28 kilograms (nearly 62 pounds).

But Mirtschink provides reassurance that eating a normal amount of fruit daily is safe and healthy. “Besides fructose, fruit contains plenty of important trace elements, vitamins, and fiber,” he says.

People should, however, avoid overly sweet soft drinks and fruit juices—these often have sugar added—as well as ready-made meals and other foods to which large amounts of fructose are added as a flavor carrier.

“Just this surplus of fructose can help trigger the mechanism we have described if one of the stress factors is present, such as cardiac valve disease or high blood pressure,” Mirtschink emphasizes.