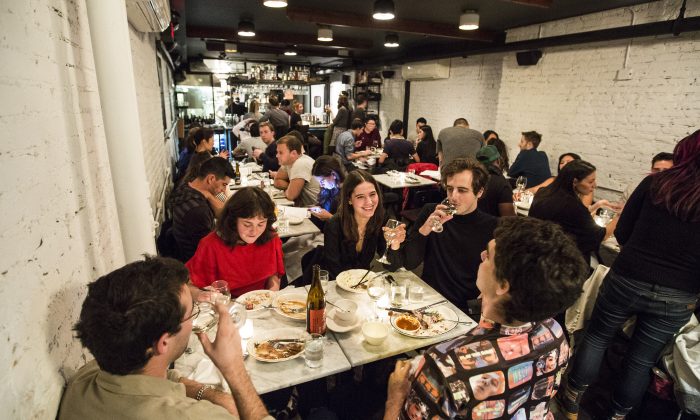 Doctors Could Use Our Social Lives to Boost Health

To encourage healthy habits and actions, doctors should leverage patients’ engagement with their friends and families—rather than increasing their interactions with medical professionals.

In a new perspective published by the New England Journal of Medicine, behavioral economists suggest a five-step ladder to effectively engineer social engagements that promote health, and to test their acceptability and effectiveness.

“Spouses and friends are more likely to be around patients when they are making decisions that affect their health—like taking a walk versus watching TV, or what to order at a restaurant. Patients are also more likely to adopt healthy behaviors—like going to the gym—when they can go with a friend,” explained coauthor David Asch, a professor of medicine at the Perelman School of Medicine at the University of Pennsylvania and director of the Penn Medicine Center for Health Care Innovation.

“Though people are more heavily influenced by those around them every day than they are by doctors and nurses they interact with only occasionally, these cost-free interactions remain largely untapped when engineering social incentives for health. That’s a missed opportunity.”

Because of these lost opportunities, and the high costs when doctors and nurses keep tabs on their patients, the authors say it’s important to engineer social engagements that enlist the social support patients already have, and allow organizations to test their acceptability.

“Concerns about privacy are often the reason doctors and hospitals avoid organizing social support,” Asch said. “But while privacy is very important to some patients under some circumstances, more often patients would love if their friends and family helped them manage their diabetes, and those friends and family want to help people get their health under control.”

The authors define a ladder with escalating rungs of social support ranging from no social engagement—such as when a patient is expected to take medication as part of a routine, without anyone seeing them do it or holding them accountable—to a design that relies on reputational or economic incentives and incorporates teams or other designs that hold patients accountable for their health behaviors and habits.

“Although we don’t normally think of competition or collaboration among patients as part of managing chronic diseases like high blood pressure, heart failure, or diabetes, research shows that behavior is contagious, and programs that take advantage of these naturally occurring relationships can be very effective,” said coauthor Roy Rosin, chief innovation officer at Penn Medicine.

“Most health care interventions are designed for the individual patient, but there’s a growing body of research that shows how health care organizations can use social engagement strategy to enhance health for patients who want to be involved in group activities or team competitions aimed at improving health.”

For example, in the fourth rung, where social incentives are designed with reciprocal support, the authors point to a study in which some patients with diabetes were asked to talk on the phone weekly with peers—a technique known as reciprocal mentorship—and others received more typical nurse-led management. Results showed that those who worked directly with peers saw a more significant decline in glycated hemoglobin levels than those who worked with clinical staff.

“Sure, health care is serious business,” Asch said, “but who says it can’t be social?”

This article was originally published by the University of Pennsylvania. Republished via Futurity.org under Creative Commons License 4.0.