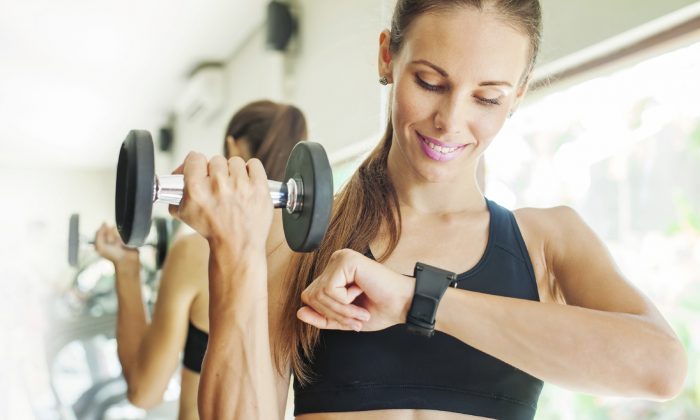 Using gadgets to track how much eat, sleep, and exercise could have an unseen cost—enjoyment.

“In general, tracking activity can increase how much people do,” says Jordan Etkin, professor at Duke University’s Fuqua School of Business. “But at the same time, measurement has these pernicious effects. Enjoyable activities can became almost like a job, by focusing on the outcomes of things that used to be fun.”

Etkin conducted six experiments in which participants colored, read, or walked. She studied the effects that tracking had on the amount of each activity that participants completed, and on how much they enjoyed it.

In the first study, 105 students spent 10 minutes coloring simple shapes. Those who were told as they worked how many shapes they had completed were more productive, but reported enjoying themselves less—and colored less creatively—than the group whose output was not tracked.

In a second test, 95 students were asked to record their thoughts for a day while walking. One group was offered the option to wear a pedometer for the day, and all but four did so. They were told to check regularly the number of steps they had taken. The other group was given a pedometer with the display cover taped shut and told they were wearing it only to test how comfortable it was, so only the researchers could record the number of steps. The group that tracked their own steps walked farther, but said they enjoyed it less—even though they chose to wear the pedometer.

Can a 10-Minute Walk Erase 6 Hours of Sitting?

“We’re curious creatures and tracking information is very seductive, even for enjoyable activities,” Etkin says. “Simply making it available made them want to look at it, but the very people who self-select into measurement are the ones who are hurt by it.”

Again, participants who could see how many steps they had taken walked farther but enjoyed it less. They also reported walking seemed more like work, and were less happy and satisfied at the end of the day.

In another study, researchers had 310 participants read for eight minutes. One group read additional text that described reading as fun and enjoyable; for another group it was described as useful and educational—more like work. A third group received no additional information. In all three groups, some readers found out how many pages they had read as they went, others were not.

The readers who could see how many pages they had read reported that reading felt more like work and less enjoyable than those who could not—but not among participants who were told the project was more work-like at the start.

For activities people do for fun, it may be better not to know.

“When we focused participants on what they could learn from reading, rather than the fun of it, tracking no longer reduced their enjoyment,” Etkin says.

“While measurement can increase how much people do while they are tracking their behavior, it can negatively affect how much they do in the future,” Etkin says.

The experiment also had some participants read while being asked to remember an eight-digit number for the first eight minutes, to see whether simple distraction could produce the same negative effects as tracking. While those participants read less, they did not report enjoying it any less.

“Rather than merely drawing attention away from an enjoyable activity, measurement also draws attention towards output, which undermines motivation and overall happiness,” Etkin says.

A final version of this experiment tested whether measurement affected participants’ desire to continue reading. Sixty-six people were asked to read for eight minutes. Half were offered the option to see how much they had read by moving a cursor to the corner of the screen. At the end, participants were given the option to keep reading.

Those who could see how much they had read got through more pages in eight minutes, but were less likely to keep reading.

Etkin says the findings show it’s important to be mindful about what we track, and why.

“This doesn’t mean we should stop measuring our daily activity,” she says, “but we need to balance that increased productivity against our underlying enjoyment. For activities people do for fun, it may be better not to know.”

The Journal of Consumer Research has accepted the study for publication.