US Interests in Southeast Asia Challenged by China
0 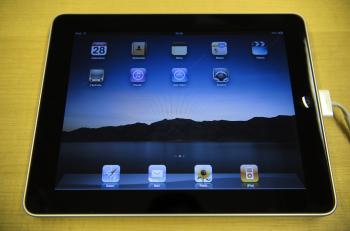 Do iPads Cause Insomnia?

Our environment is increasingly impacting our health, separating us from the natural forces that interact with our physiology to keep us well. The most pervasive forces are light and darkness. The lights we use or are exposed to at night cause the greatest disruption.

Every bit of light has an effect on our melatonin production, our own homemade sleep remedy, to the extent that perfect production for a good night’s sleep would have to take place deep in a cave. However, caves have other drawbacks that are not conducive to sleep, and there aren’t enough of them to go around.

The presence of modern light pollution is labeled “light noise,” according to clinical psychologist Rubin Naiman in an interview with Dr. Mercola (Mercola.com). Most of us can sleep in spite of it. We handle the intrusion of outside lights by covering our heads with a pillow or putting up a shade.

“There is strong evidence showing there is a dose-dependent relationship between exposure to light at night and a significant increased risk for breast cancer,” says Naiman.

Satellites have measured nighttime light intensity in urban areas. A study by William J. Blot and others showing a link to breast and prostate cancer occurring in the most lit-up areas was written up in the Journal of the National Cancer Institute, 1977, vol. 59.

It has been found that red light does not inhibit melatonin production, but as light progresses toward the blue end of the spectrum, melatonin ceases to be produced. TV screens, iPhones, and now iPads emit light at the blue end.

IPhones are small and TV screens are usually across the room. But iPads are read close up and could cause insomnia if read just before bedtime because they emit light, according to expert Frisca Yan-Go, M.D., who runs the Sleep Center at UCLA Santa Monica. She recommends old-fashioned books, as they are less likely to keep you awake after you stop reading.

Alon Avidan, director of UCLA Neurology Clinic, would agree with Yan-Go. “The take-home lesson is that insomnia and electronic gadgets emitting light should not [be] mixed before bedtime. … Kindle is better for your sleep,” Dr. Avidan says. Kindle, which is not backlit, is like book print.

There were also many comments online from those who fell asleep while reading from an iPad, but their melatonin production is unknown.

“I’ve been reading solely from my iPad now for two weeks, including in bed at night. I’ve never been sleepless yet. In fact, I’ve fallen asleep twice while reading. Once I woke up in the morning at my usual time to find my iPad under me. The second time, it was on the carpet next to my bed in the morning,” said an iPad user.

Others called for studies to show whether their bedtime companion was really bad for them.

Computer or monitor screens can also keep you awake to finish a job, as I know from staying up until 3 a.m. on occasion. However, I haven’t had much trouble sleeping afterward. Making a habit of such behavior, however, as in the case of students and nightshift workers, can lead to health problems from not getting enough sleep and lowered melatonin production.

According to Richard G. Stevens, an associate professor of medicine at the University of Connecticut Health Center, there are clock genes. U.S. geneticists Ron Konopka and Seymour Benzer discovered these clock genes in the 1970s in fruit flies: Thebrain.mcgill.ca/flash/capsules/histoire_bleu08.html. When mutated, these genes caused changes in the circadian rhythms extending or contracting them from 24 hours or even deleting them.

Stevens has been studying the role of these genes in breast cancer. In mammals, there are eight or nine clock genes. Some of these genes control the destruction of abnormal cells while others control cell division.

Night work for women disrupts the production of melatonin, which in turn creates excessive hormone production, leading to malfunction of the clock genes. This then opens the door for the development of cancer.

So the introduction of the iPad is just another layer of an enormous environmental iceberg leading to serious health problems. It’s all brought about by artificial light during the night hours, which shuts off our production of melatonin and disrupts our clock genes.

If insomnia were the only problem, we could all get more work done. Interrupting the functions of our hard-working cells and not getting enough sleep lead to much more serious maladies, both mental and physical.

Creating a cave-like bedroom, taking melatonin supplements, and getting six to eight hours of sleep are worth considering.

Getting full-spectrum daylight outdoors is also important, but that is the subject of another article.