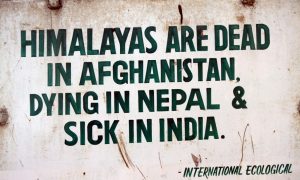 The Face of Climate Change in India
0 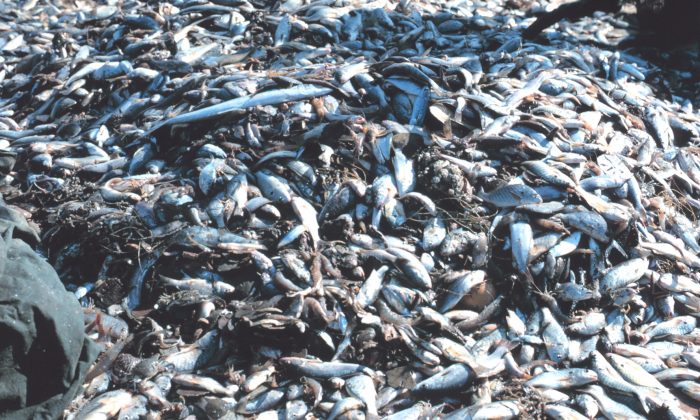 Thirty million metric tons of marine life are caught accidentally and killed each year. With each trawl the health of the ocean is reduced. (National Oceanic and Atmospheric Administration/Department of Commerce)
Science

“There has long been a belief that the sea, at least, was inviolate, beyond man’s ability to change and to despoil. But this belief, unfortunately, has proved to be naïve.”
(Rachel Carson, “The Sea Around Us”, 1951)

I had the immense pleasure of meeting the lady who changed the world and launched the conservation movement through her books when I was only 16. Rachel Carson had already written “Silent Spring” and “The Sea Around Us” when I was at my most impressionable. My career in marine science was her fault; and each day I thank her.

I have often said to my students that because I couldn’t be an astronaut, I set out to explore “inner-space” and was going to spend my life discovering the water planet. All I needed was some diving gear and a lot of enthusiasm. Travelling there was simple! Had humans evolved on the Moon and decided to settle here they would have called this place “Water” and not “Earth”.

There is about 1.4 billion cubic kilometers of water spread across 70.8 percent of the planet’s surface, and 97.2 percent of that water is ocean. The blood that flows through our veins is little more than seawater and we refer to it as our “life blood” and for good reason. About 70 percent of the oxygen we breathe is produced by the tiny organisms that float in the sea (phytoplankton), and it was their ancestors that were the first life on Earth.

Our climate is driven by ocean currents and recent (2009) studies suggest that these may now change dramatically due to global warming, melting the Arctic, and causing widespread flooding that will drown the cities of a quarter of the world’s population.

Ecologists talk about biodiversity; about the richness of species in a given area. More kinds of living things make a healthier planet. The sea supports an incredible variety of life; an estimated 80 percent of all the known life on Earth. And yet, we spend much more money on outer space research than we do on understanding the “inner-space” just offshore.

Why are we so disinterested in rising sea level when 60 percent of the world’s humans live within 60 kilometers of the ocean? Why do we dump 450 billion cubic meters of poisonous and non-biodegradable waste in the sea each year?

Most of the world’s fisheries are food fisheries supplying roughly 40 percent of the protein consumed by nearly two-thirds of the world’s population. Some 38 million people make all or most of their living from fishing, landing 90–100 million metric tons of fish per year.

Despite huge efforts, these landings have remained about the same since the early 1990s. We keep building more fishing vessels, some capable of landing 350 metric tons per day, but the landings are not increasing. The global fleet is now 250 percent larger than needed to catch what the oceans can sustainably produce and many governments are forced to subsidize uneconomical fisheries to maintain a supply of food for their people.

Our oceans are in crisis! The FAO estimates that 70 percent of commercial fisheries have already collapsed or are now collapsing. The devastation is widespread from huge whales to Peruvian anchovies. Sadly, many of these will never recover and will be lost forever. Top predators like tuna, shark, and swordfish have been reduced to a mere 10 percent of their original numbers and some species are facing probable extinction. I have been told that Malaysian fisheries have removed about 95 percent of their stocks. There is little left.

Each year we kill and discard globally 30 million metric tons of accidentally caught marine life (bycatch) including dolphins, turtles, crabs, and juvenile fish. In Australia’s north, 92 percent of the catch is of no use to fishermen. As we remove these animals from the food-web we drive down biodiversity and strangle the ocean’s ecological processes.

Coral reefs are now the world’s most endangered ecosystem. These tiny underwater “islands of life” are under threat from human activities and especially from acidification. As we burn more and more fossil fuels we add to the growing levels of carbon dioxide in the atmosphere, warm the planet, and change the pH (acidity) of the sea.

The acid threshold for coral is reached when the atmosphere exceeds 350 parts per million (ppm) of CO2. Tragically that happened about 1988 and by October 2012 was 391 ppm. The present levels are higher than any time in the last 800,000 years and probably in the last 20 million years.

Growing acidity in the oceans has a disastrous effect on marine life. It is predicted to fall from pH 8.1 (now) to below pH 7.3 in the year 2300. A long way off? No need to be concerned?

At pH 7.7 we will reach the lethal limit for all shell forming mollusks and reef corals; their shells and skeletons will simply dissolve and they will die. That’s right, coral reefs and marine life with shells will die!

When will this happen? The shocking answer is that scientific studies are all pointing to 2065. Between now and then there will be huge disruptions of the ecological food web as species begin to drop out. From about 2065 on we can expect the rapid and catastrophic collapse of most stocks of marine life. This corresponds with a major scientific research program (Science, Nov 2006) that predicts that all fish stocks worldwide will collapse by 2056. The ocean ecosystem will simply fail.

This situation is now the most pressing environmental issue we face, and as a marine scientist I believe it is the most pressing issue on the planet. I am not alone and have been joined in my concerns by 155 senior marine scientists from 26 countries who recently signed the Monaco Declaration (The Royal Society, July 6, 2009), highlighting the twin threat of growing ocean acidification and global warming.

What astonishing creatures we are! The warning bells have been ringing since Rachel Carson published her wonderful book in 1951. During the last 60 years there have been more scientists alive and doing research than all the scientists that have lived before us. And still we race blindly down the road to the ocean’s destruction and possibly our own.