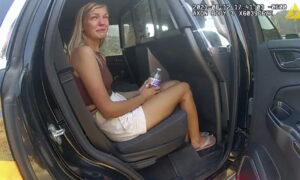 Officials Determine Bomb Threat at LAX Was Not ‘Credible’

UPDATE 2:20 P.M.: According to the Los Angeles Times, citing the FBI, Tuesday morning’s threat against the American Eagle flight at LAX was not credible.

“While an assessment is always conducted following a threat, there is no known credible threat to the aircraft or passengers at this time,” FBI spokeswoman Laura Eimiller said, according to the report.

The Times reported that bureau is working with LAX police to: “determine the person or group responsible for making the threat.”

Passengers record search of plane from Houston at #LAX after non-credible threat pic.twitter.com/Ead8iNgcu3

UPDATE 1:05 P.M.: Officials, including police, SWAT and firemen, conduct searches on the plane’s passengers as they deplane. A KTLA-5 broadcast shows the responding emergency officials boarding the plane for a second time. The official, preliminary “sweep” of the aircraft came back “all-clear.”

Several media outlets are reporting that Los Angeles Airport Police are investigating a bomb threat at the LAX International Airport on Tuesday morning.

US and UK Receive Slew of Bomb Threats at Dozens of Schools, Forcing Mass Evacuations

An LAX Police Department official said a call center in Houston warned the TSA in Los Angeles of a phone-threat made of the plane, which was set to land at LAX.

According to KTLA-5, the plane has landed safely, and authorities are assessing the incident. The passengers are still aboard the plane—an American Eagle jetliner operated by American Air Lines.