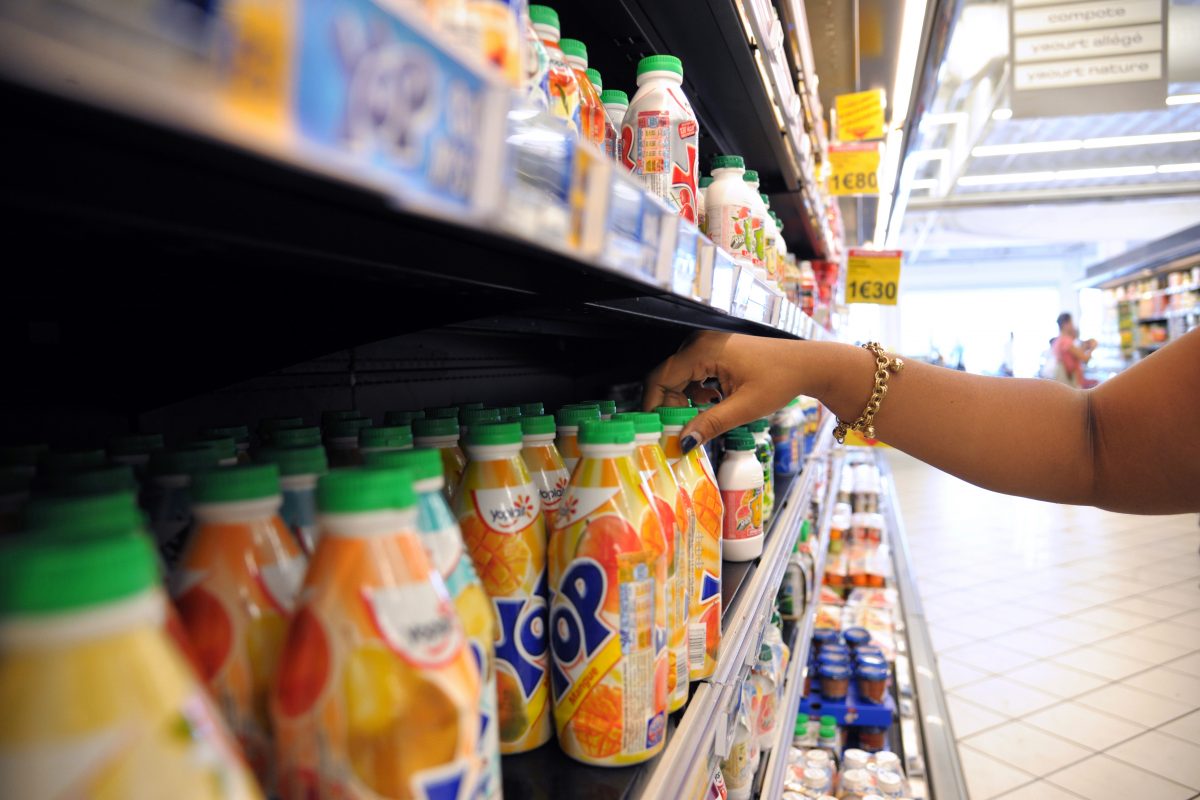 A file photo of a woman choosing some yogurt products in a supermarket of Fort-de-France, in the French Caribbean island of La Martinique on March 30, 2013. A small yogurt drink can contain 32 grams of sugar. Detoxes that help cut out addictive foods, processed foods, sugars, and dairy—the foods that commonly cause inflammation in the body—help many people feel better. (Jean-Michel Andre/AFP/Getty Images)
Health

Detox Your Way to a Better Body

“You’re not going to believe this,” my father told me, “I think bread was making me bloated. My gut has gone down, it feels so much better. Plus, my taste buds are more alive without all the sugar in my diet. I am really enjoying food. That, grain, quinoa, is so delicious!” That was four days into “Your Aren’t The Boss of Me,” a cleanse led by Andrea Nakayama and Ricki Heller.

My father and I have a history of “lively debates.” I am happy to say that we have found common ground, which is not only good for our relationship—it is also good for our health.

I suggested to my father that he try a short detox from sugar. At first, he declined. “Sugar is not really my problem. I am not addicted to sugar,” he said. “I am not a big dessert guy.”

My father, a tall, handsome, and slender man, has high triglycerides and LDL cholesterol. He is very strict about not eating beef or saturated fats, but when it comes to sugar … he soon found out that he is more addicted to it than he realized.

He confessed to me, with an embarrassed laugh, that on his long drive home that afternoon, he started feeling very tired. To stay awake, he pulled over and got himself a coffee and jelly donut.

We brainstormed better alternatives to a jelly donut, such as a dark chocolate bar, or some fruit and nuts. The following day, he opted for a yogurt drink instead, thinking the probiotics in the yogurt would be good for his digestion.

I picked up the small organic yogurt drink and saw that it had a whopping 32 grams of sugar in it. I pointed out that there are only 4 grams in 1 teaspoon of sugar and whatever probiotics originally found in that yogurt couldn’t survive in such a high sugar environment.

As he started to become more aware of how his blood sugar levels were driving many of his food choices, I encouraged him to partake in a spring detox.

My father was resistant to the idea of a detox. I don’t blame him, since detoxes never sound much fun, especially when you have to give up the very thing you are addicted to. In fact, I myself had been toying with the idea of embarking on a spring cleaning fast from gluten and sugar, but didn’t want to give up my own guilty pleasure: bread. It’s easy, tasty, and filling so I had many excuses to stay far away from detoxes.

That said, I really wanted to help support my father’s desire to get healthier, so I offered to follow the cleanse protocol with him. He agreed.

I reminded my father of this, who was having sudden amnesia as to why he was depriving himself to foods he loves.

Usually the first few days are the hardest. Our bodies go through a withdrawal from addictive processed foods, and chemicals, and we have to get used to eating differently. But if we can make it through those first few days, we will certainly reap the rewards!

I know I have. Fast forward to day four. Since I have agreed to limit my diet alongside my father, I wake up and drink my morning cup of room temperature water with lemon. I love the fact that I am no longer waking up famished. Because my hunger isn’t driving me to the kitchen, I have more time to meditate and quietly read before my kids wake up. It’s lovely.

I also notice my digestion has improved, and my pants are looser. Best of all, my skin looks better. All the little blemishes I had been trying to find a solution for disappeared.

At the start of week 2, I checked in with my father. He told me about how fascinating he was finding his experience on the cleanse. As he spoke, I noticed he sounded better and younger. I no longer heard the shakiness in his voice (a common side effect to GERD, or gastrointestinal reflux disease).

“Andrea [Nakayama] was right,” he told me, “I really was suffering from inflammation. My gut shrinks when I am following the protocol … not in the way it does from normal dieting.”

My father found it tough to stick to this is during social events. He gave in to cake when out at an event and was not happy about the way he felt afterwards.

“I felt terrible—as though I had gone into sugar shock. I had no idea the extent to which sugar and wheat had been affecting me. I am really learning so much more about my body.”

When you go through a period of cutting out addictive foods, processed foods, sugars, and dairy—the foods that commonly cause inflammation in the body—you’ll likely feel significantly better. When you go back to eating your normal diet, you’ll be able to pinpoint which foods having been causing your symptoms and build a way of eating that will better serve your health.

Detoxing in the spring allows us to release the heavy winter feeling leftover in our body, creating more space for lightness and freshness.

Detoxing allows us to take control of our body, and no longer feel driven by our cravings. And it doesn’t have to be hard. We can cut out processed foods, and sugars, but we don’t have to stop eating, or starve ourselves, fast, or live on raw foods for the week. We can continue enjoying easy-to-make, real foods while reaping the benefits of clean eating.

Tysan Lerner is a certified health coach and personal trainer. She helps women attain their body and beauty goals without starving themselves or spending hours at the gym. Her website is www.lavendermamas.com