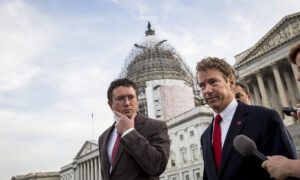 WASHINGTON—Democratic U.S. Senator Joe Donnelly threw his support on Sunday behind Judge Neil Gorsuch, becoming only the third Democrat to back President Donald Trump’s nominee to fill a vacancy on the Supreme Court.

“After meeting with Judge Gorsuch, conducting a thorough review of his record, and closely following his hearing before the Senate Judiciary Committee, I believe that he is a qualified jurist who will base his decisions on his understanding of the law and is well-respected among his peers,” Donnelly said in a statement.