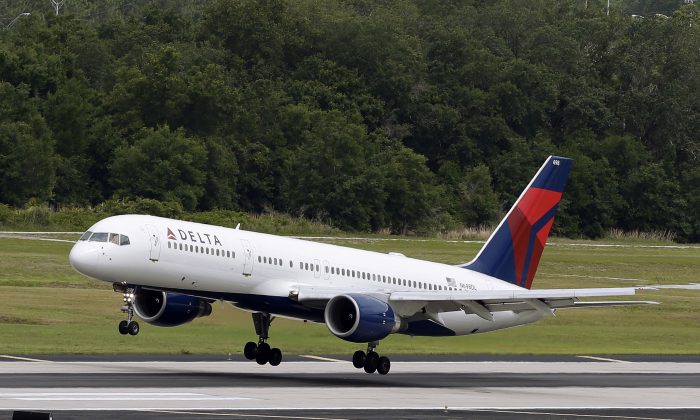 ALLENTOWN, Pa.—Delta Air Lines is banning for life a passenger who rudely professed his support for Republican President-elect Donald Trump and insulted those who didn’t on a flight to Pennsylvania.

CEO Edward Bastian says in an internal memo dated Monday that the airline is also refunding the cost of tickets for other passengers on the Nov. 22 flight from Atlanta to Allentown.

A video posted on Facebook by a passenger shows a man standing in the aisle, yelling and insulting supporters of Democrat Hillary Clinton.

The man asks loudly: “We got some Hillary bitches on here?”

Referring to Trump’s victory, he says: “If you don’t like it, too bad.”

The Atlanta-based airline had previously apologized over it, and Bastian says the passenger shouldn’t have been allowed to remain on the flight.