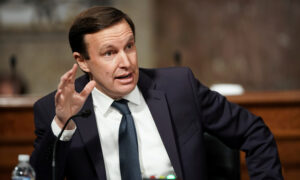 The House approves the debt ceiling extension through early December, staving off an unprecedented default. The bill now heads to President Joe Biden’s desk for signing. Treasury Secretary Janet Yellen had warned lawmakers that the government would likely run out of cash by Oct. 18 unless Congress raised the debt ceiling.

The White House says the federal government’s rules on the vaccine mandate for private businesses will override state rules, after Texas Gov. Greg Abbott issued his own executive order banning Texas businesses from requiring vaccines for employees or customers. But those federal rules are still in the works. An Emergency Temporary Standard (ETS) from the Occupational Safety and Health Administration (OSHA) implementing the order is expected in the coming weeks.

More Americans are quitting their jobs than ever before. A record 4.3 million people left their jobs in August. That’s just shy of 3 percent of the workforce. It’s the highest quit rate since the report began in 2000. This comes as the housing sector continues to see rising prices. They’re expected to shoot up by another 16 percent by the end of next year, according to projections by Goldman Sachs. Home prices are already at record highs, climbing about 20 percent over the past year. But Goldman Sachs expects the demand to continue, partly because of historically low interest rates.