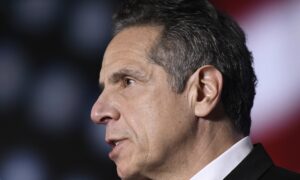 The Senate is now debating President Joe Biden’s $1.9 trillion relief package before they vote on the bill. Democrat leaders promise they’ll pass it before next week, with or without Republican support. So what does the nearly $2 trillion cover?

A single House Democrat broke ranks with his party and voted against the controversial election reform bill, H.R. 1. He gives insight into why he opposed the bill.

The nearly 800-page bill would impose requirements on voting procedures across the entire country. Called “For the People Act,” the bill would codify many of the controversial practices that brought allegations of voter fraud in last year’s election. Those include making voter registration for every citizen automatic and expanding the use of mail-in ballots.

And New York officials confirmed on Thursday they left out nursing home death data from a COVID-19 report last year. According to The New York Times, the report written by state health officials showed over 9,000 virus deaths among nursing home residents by June. New York Governor Andrew Cuomo’s most senior aides did not want to make that number public. This comes amid growing calls for Governor Cuomo to resign.