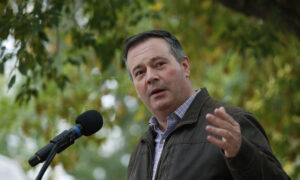 Both President Joe Biden and Russian President Vladimir Putin are calling the high-stakes meeting productive, despite issues remaining unsolved. Biden said afterward that he did what he came to do, while Putin waxed poetically to reporters. That’s in sharp contrast to Biden’s stance on Chinese leader Xi Jinping. Biden has been raising concerns about Beijing’s willingness to help find the origins of the CCP (Chinese Communist Party) virus. He also told reporters Wednesday that China’s leader isn’t an “old friend.”

Both sides of the aisle agree that a Big Tech monopoly is a threat to the economy and must be broken down. Five bills aim to regulate the digital marketplaces and prevent monopolies. While the bills don’t mention any company by name, there are four companies that fit the bills—Amazon, Facebook, Google, and Apple. Meanwhile, bipartisan talks grow on infrastructure. The bipartisan group of senators has doubled in size to 21 members, now including 11 Republicans, 9 Democrats, and 1 Independent.

Texas Gov. Greg Abbott is continuing the border wall started under the Trump administration. He said: “Texas stands ready to build the wall in Texas, and we have begun the process of hiring a manager to oversee that project. We will look first at using state property and donating private property.” Meanwhile, Florida Governor Ron DeSantis is going to send his state’s law enforcement resources to help deal with the border crisis in Texas and Arizona.