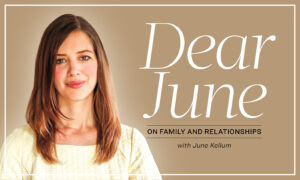 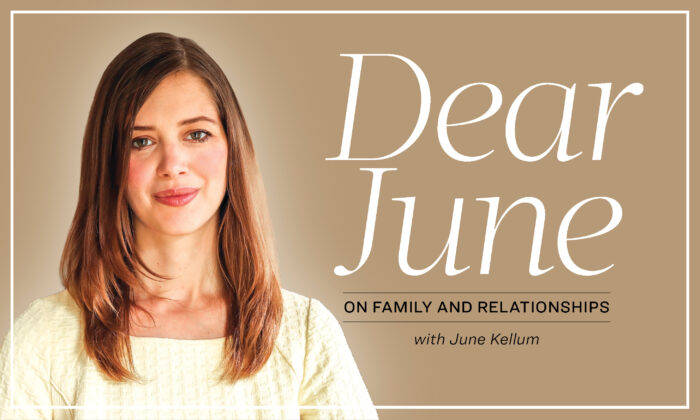 I have concerns about the COVID-19 vaccines. I need trusted—truth and tradition—guidance.

My work wants to make it mandatory as fast as legally possible.

I think that understanding how some traditional ideas—moral principles and beliefs—apply to the issue of vaccine mandates will help us to bridge the gap between both sides of this very polarizing issue.

The following is my best attempt to present a line of thought that I hope will help to guide your quest for understanding.

For most of human history, a belief in divine forces guided the thoughts and actions of people and nations. However, this didn’t preclude the use of physical treatments for illnesses.

For example, in his treatise on epilepsy, Hippocrates, who is considered the father of modern medicine, argued against the idea that the disorder was somehow more sacred than other diseases, saying that “all are divine, and all human.” He enumerated some of the natural causes of epilepsy, including genetic predisposition and seasonal triggers, but maintained that the cause of these was still divine:

“And the disease called the Sacred arises from causes as the others, namely, those things which enter and quit the body, such as cold, the sun, and the winds, which are ever changing and are never at rest. And these things are divine, so that there is no necessity for making a distinction, and holding this disease to be more divine than the others, but all are divine, and all human.”

In ancient China, it was similarly held that divine order was the ultimate shaping force of nature, and that the forces of nature shaped human health. Traditional Chinese medicine recognized that seasonal weather patterns and a person’s constitution (genetic factors) were two of the factors that set the stage for illness or health.

The ancient Chinese thought that plagues were a prelude to change and that natural disasters came when morality in society had declined.

Biblical scripture holds that plagues, droughts, floods, and pestilence come from God partly as retribution for sins and partly as an opportunity to renew faith.

Modern medicine also recognizes that there are seasonal aspects to some diseases, such as the flu, and that climatic factors affect disease outbreaks—for example, that warm, wet weather increases mosquito-borne illness.

In practice, modern medicine no longer considers that there could be divine causes of illness, and it proceeds under the assumption that it’s the only thing holding tremendous suffering at bay. However, I think both the true scientist and a true person of faith share an immense reverence for truth, and would agree that our human understandings are limited and that we shouldn’t subvert scientific principles nor moral precepts in the interest of supporting any goal—no matter how noble it may seem.

The case for vaccine mandates rests largely on a utilitarian argument: that the right course of action is that which serves the best interest of the greatest number of people.

If you look back in history, this is no surprise because the stage for our modern public health system was set by the English lawyer, philosopher, and social reformer Jeremy Bentham, who is the founder of modern utilitarianism. Bentham took as a fundamental axiom that “it is the greatest happiness of the greatest number that is the measure of right and wrong.”

In contrast, the U.S. Constitution was founded on a very different moral premise: that of natural or unalienable rights.

These rights—which include the rights to life and liberty—aren’t supposed to be constrained by human laws because they derive from something higher and more fundamental: a belief in the sanctity of every human life, regardless of position in society.

If we agree to mandate vaccines with the hope of reducing the burden of illness in society, there will be a number of people who will suffer long-term ill health or even lose their lives as a result of vaccination. This isn’t a hypothetical situation; the United States currently has a federal court dedicated to reimbursing death and injury from vaccination. A utilitarian framework will justify vaccine mandates if the number of those injured by vaccines is small. But speaking on principle, mandates wouldn’t be justified under the theory of natural rights, as these people would be denied their right to life because they didn’t have the liberty to reject vaccination.

Now, the moral situation is perhaps a bit murkier when it comes to work- and school-related mandates because a person still has the right to choose to leave a job or pull a child from school. However, in this situation, we run into what could be considered the tyranny of the majority, as defined by English philosopher and classic liberal thinker John Stuart Mill. He was also a utilitarian but had a qualitatively different formula for defining good than Bentham, and considered tyranny by majority opinion worse than political tyranny:

“Society can and does execute its own mandates: and if it issues wrong mandates instead of right, or any mandates at all in things with which it ought not to meddle, it practices a social tyranny more formidable than many kinds of political oppression, since, though not usually upheld by such extreme penalties, it leaves fewer means of escape, penetrating much more deeply into the details of life, and enslaving the soul itself. Protection, therefore, against the tyranny of the magistrate is not enough: there needs protection also against the tyranny of the prevailing opinion and feeling; against the tendency of society to impose, by other means than civil penalties, its own ideas and practices as rules of conduct on those who dissent from them.”

The axiom of this definition is that if a person has a right, then others—society at large—have the duty to respect it. However, he notes that after World War II, all sorts of new rights were postulated, including the right to have a job and the right to health care.

This new definition of rights necessarily moves government toward a more socialist concept because the state bears responsibility for fulfilling claims to them, Scruton said. And it’s the right and wrong of this new genre of rights that’s currently at the heart of political and moral debates.

Doing Your Own Research

I hope the above discussion has given you food for thought. In focusing on the morality of mandates, the argument I have made above presupposes that the science on vaccination shows solidly that the benefits well outweigh the harms. This idea is widely held to be true and, at the same time, it isn’t socially acceptable to probe it in a meaningful way.

After a good deal of research, it’s my opinion that the science isn’t as conclusive as we have been led to believe. However, I don’t think you should just take my word for it. Instead, I would suggest, if you care about this topic, that you do your own research.

My suggestions for research include the following: Check all studies cited by media and look at the studies cited on the CDC website. Check out The Highwire, an online program dedicated to vaccine news and concerns. Actively compare viewpoints; watch the movie “Vaxxed,” take notes, and fact-check. Look at Vaxxter, the website of Dr. Sherri Tenpenny, and books and videos by Dr. Suzanne Humphries. Understand their viewpoints, and check their citations and PubMed for more context. If you are looking for a place to start, I recommend the deposition of Dr. Stanley Plotkin, which you can find in full (all nine hours) on YouTube or broken down by topic on various websites. Since he is speaking under oath, and being questioned by a lawyer knowledgeable and skeptical about the science of vaccines, it’s one of the closest things I’ve found to a debate between both sides.

When you talk to your employer, I would point out the ways in which the benefits of having you vaccinated, from their perspective, compare to the risks of the unknowns you face.

For example, your workplace will still have to follow the same precautions whether you are vaccinated or not. First, it isn’t known whether vaccinated persons can still spread the virus; second, we don’t yet have herd immunity; and third, it isn’t known how long your vaccine immunity will last. Reinfection with COVID-19 has been reported, according to the CDC. Vaccines generally don’t confer stronger immunity than natural immunity. Coronaviruses also tend to have high mutation rates; some mutations appear to be causing reinfection and might also evade vaccine protection, and we might require different or updated vaccines at a later time.

The risks to you include a lot of unknowns: Both the Moderna and Pfizer vaccines (the only ones available in the United States at the time of writing) employ new vaccine technology and only have emergency licensure at this point, so there is no long-term safety data.